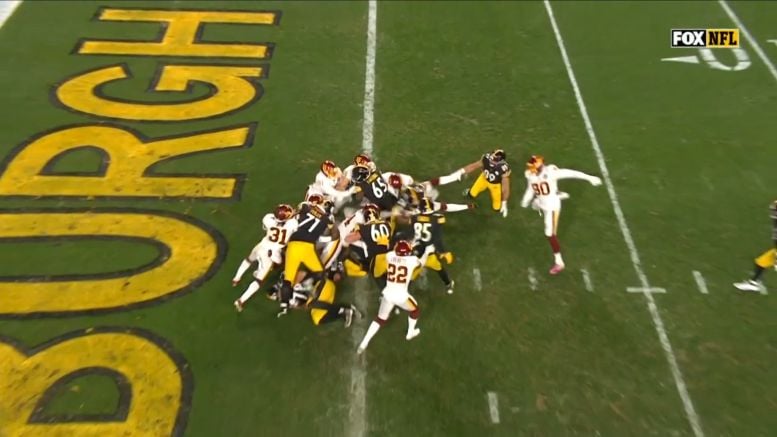 One of the great things about the Pittsburgh Steelers and the history and culture that they have fostered over decades upon decades is that many alumni from the organization, particularly players, remain involved in or at least engaged with the organization.

It can also be one of the frustrating things when you have veterans from teams past who feel the need to chime in and offer unsolicited criticism about everything the current team is doing wrong. Some former players and coaches handle this better than others. I would put Rocky Bleier firmly in the former group, and he offered some thoughts on the state of the Steelers’ offense in the wake of their first loss of the season.

In particular, he expressed some frustration over the fact that the team has not had much of a run game in recent, uh, months. Given that he was one half of one of the very rare 1000-yard duos in NFL history, he might know a little something about this.

“My hat’s off to the Washington Football Team. They did, of course, what the Steelers could not do, and that is play a solid football game”, he said in an Instagram posting Wednesday. “And don’t think the Steelers’ next opponent, the Bills, won’t be studying this game film”.

“Washington stopped the run, and do not think that it would have been any better if Conner was healthy”, he added. “They beat us at the line of scrimmage. They had great pursuit, and aggressive coverage”.

The Steelers rushed for just 21 yards on 13 carries against Washington. 16 of those yards came on two runs by Anthony McFarland. Benny Snell had five yards on eight carries, though he did have one 3rd-and-1 conversion.

Bleier also addressed the passing game, but I thought it would be best to save that for a separate article. His expertise is, of course, as a ball carrier, though he also had some success fielding the ball as well. And frankly, there are enough problems to go around.