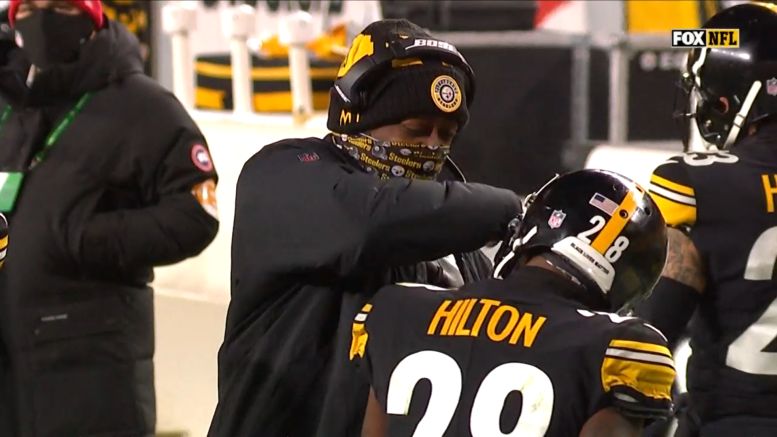 The Pittsburgh Steelers were down a starting cornerback for Monday’s game against the Washington Football Team, but they still had their defensive backs play like starters, including Cameron Sutton stepping up for Steven Nelson, out with an injury, who had a key pass defensed.

Even Justin Layne got in the game as the dime back, playing on the outside. But it was veteran nickel cornerback Mike Hilton who had the best performance. Although he had a missed tackle that nearly resulted in a third-and-long conversion, he also had several great tackles for stops, including the tackle on the following play on 4th and 1.

That stop set up the offense with great field position, and the Steelers ultimately got all the way down to the one-yard line, but they were stopped four times at the goal line. The defense responded, however, by stopping Washington again.

And again, it was Hilton making a key open-field tackle on tight end Logan Thomas, stopping him for six yards on 3rd and 10, forcing them to punt. Ray-Ray McCloud gave them a good return, but it was James Washington who quickly turned a short pass into a long touchdown on the first play of the drive.

Hilton had five tackles in the first half alone, and all of them went for defensive stops. That included his sixth tackle for loss of the season, the same number of tackles for loss he has had in each of the past two years…and he’s done that in eight games, because he missed four.

He would finish off the first half with a bit pass defensed on the field that he nearly turned into an interception, which would have been his second on the year, but instead, it was his fourth pass defensed. He was clearly their best defender on the field during that half.

The opening drive of the second half was a bit of an adventure for him. He was hurdled early on the drive for a short gain. Later, he was blocked out of making a tackle on a big screen pass, but later he would record a second tackle for loss.

Though he missed a couple of tackles, Hilton was arguably the Steelers’ best defender on the field on the day, and particularly in the first half had a big impact on the game. It’s not often that a slot cornerback has two tackles for loss in one game, not to mention half a dozen defensive stops.

That it came in a game in which the secondary was down to Sutton and Justin Layne on the outside makes his level of play even more important.