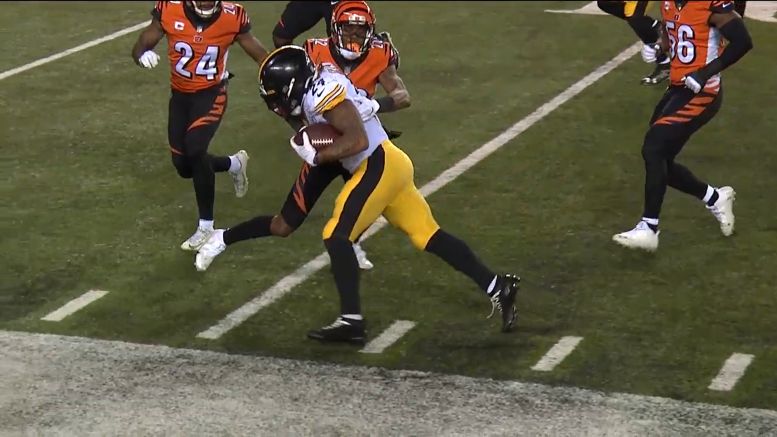 Reasoning: For just the second time all season, Benny Snell finished a game in which he had more than three carries averaging at least four yards per carry or greater, gaining 84 yards on the ground on Monday night on 18 carries with a touchdown, of which he now has four on the year.

While there weren’t many bright spots for the Steelers on Monday night, second-year running back Benny Snell was one of them. We have already quoted his stat line above, but by and large, he ran hard, and well, and he improved over the course of the game, something that has been a trend over the course of his young career—and back to his college days.

It has gotten to the point where head coach Mike Tomlin pretty much acknowledged that they would give some consideration to the idea of allowing Snell to at least share the workload with James Conner in the backfield, or perhaps even be their lead runner, falling to the ‘hot hand’ theory.

But is Snell’s hand hot enough to duplicate this performance, when, by and large, he really hasn’t played particularly well on a game-to-game basis since he recorded his first career 100-yard rushing game all the way back in the season opener?

Two factors involved here is that the blocking was better on Monday night, both from the offensive line and the skill positions, and the quality of opponent was worse. The Bengals’ front line is without Geno Atkins and D.J. Reader up the middle and they traded Carlos Dunlap.

At least, however, there is a discussion. Snell showed a spark, running hard, even if he didn’t find success every time he touched the ball. If he gets an opportunity and he does well when the ball is in his hands, then there is room for him to continue to increase his role.