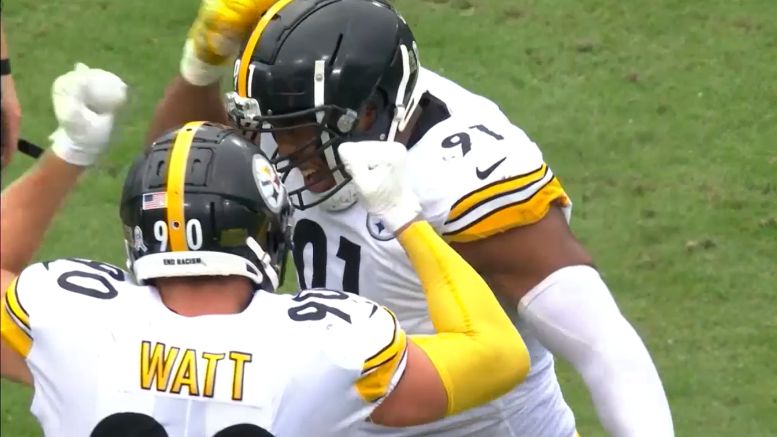 Even though defensive end Cameron Heyward has not been blowing up the stat sheet this season, the 10th-year veteran is still having a very good season, as he has for the past three years. He ‘only’ has two sacks, but has been consistently getting pressure, including more than a dozen quarterback hits, and he even finally checked off the interception box on his career achievements.

One could argue that one of the reasons the Pittsburgh Steelers great’s sack total is down in 2020 is actually rather simple—his running mate, Stephon Tuitt, has been snapping up some of them. With his third-quarter sack of the Jacksonville Jaguars’ Jake Luton on Sunday, he recorded his seventh sack of the year.

That seven sacks represents a new career high, surpassing the 6.5 sacks that he recorded back in 2015, his second season and his first as a full-time starter. According to my research, it is the most sacks recorded by a defensive lineman for the Steelers other than Heyward since Aaron Smith recorded eight during the 2004 season. He also surpassed Javon Hargrave, who recorded 6.5 sacks during the 2018 season.

The important thing to note here is that Tuitt’s sack total is actually very representative of the success that he has been having on the field during the 2020 season. He is having the best year of his career, and it should be no surprise, because he is not only in his physical and mental prime, he is also as healthy as he has been in a number of years.

In fact, it’s the first time since 2016 that he hasn’t missed a game in the first 10 games of a season. He has missed at least two games in every year of his career with the exception of his rookie year, when he spent most of the season as a rotational player, only entering the starting lineup in the final quarter of the season.

Health plus experience plus skill is always a winning formula, and finally, Tuitt has all parts of the equation at the same time. We got a preview of that from him during the first five games of last season before he went down with a pectoral injury.

Now, in twice the sample size as he had last season, he has basically held serve for pace, the only thing not clearly improved being the number of tackles for loss. He had 3.5 sacks through five games last year, so now he has 7 through 10. He had seven quarterback hits last year. He’s approaching triple that.

He also got his second batted pass and forced fumble of the season, just the second time in his career he has forced two fumbles in the same season. If he doesn’t receive post-season accolades this year, especially on a very successful team, something is clearly amiss.