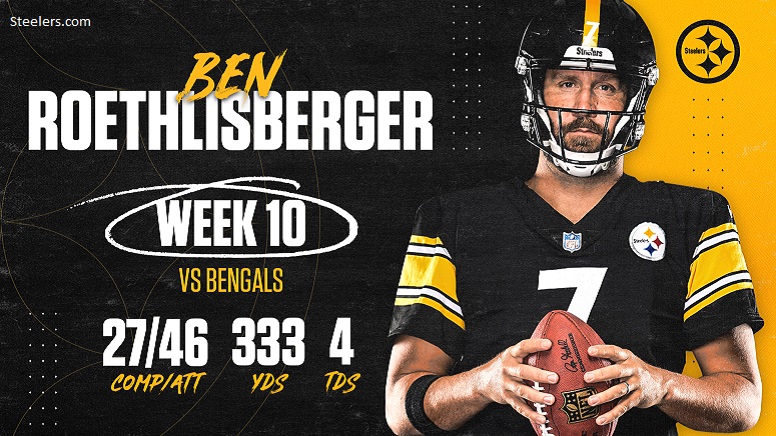 Pittsburgh Steelers quarterback Ben Roethlisberger was named the AFC Offensive Player of the Week for Week 10 on Wednesday for his great performance against the Cincinnati Bengal’s at Heinz Field on Sunday.

Roethlisberger, who could not practice any last week after being placed on the Reserve/COVID-19 list as a close contact subject, completed 27 of his 46 total pass attempts on Sunday against the Bengals for 333 yards and four touchdowns for a quarterback rating of 110.1 in the Steelers 36-10 home win.

Sunday was the 16th time in Roethlisberger’s career that he has thrown four or more touchdowns passes in a single regular season game and the 64th time he’s thrown for more than 300 yards in a non-playoff game contest.