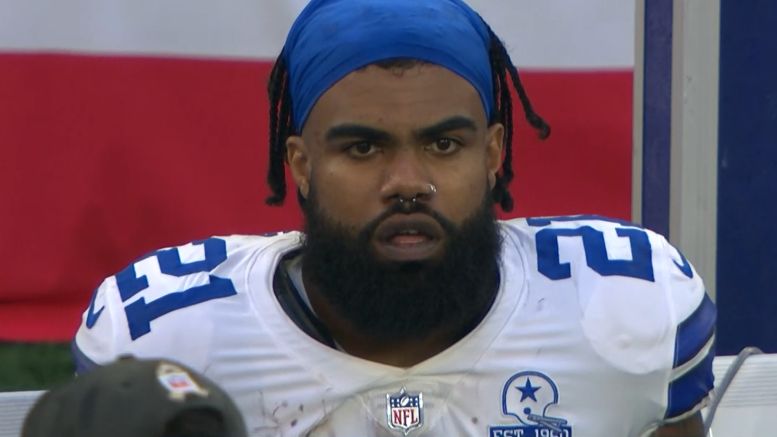 The Pittsburgh Steelers had quite arguably the best run defense in the entire league through the first six games of the season, and that could not at all have been attributed to the level of competition that they faced, because their efforts included strong performances against Derrick Henry and the Tennessee Titans, as well as Kareem Hunt and the Cleveland Browns.

Last week’s game against the Baltimore Ravens appears to have turned the tide, as now the Steelers look like a run defense that is either making tackles in the backfield or giving up long plays. While they came into the game down some of their best run defenders in Tyson Alualu and Mike Hilton, the Dallas Cowboys’ offensive line was similarly banged up.

They still ran the ball all over Pittsburgh, more often than not, even with Ezekiel Elliott banged up and questionable to even play in the game. But Elliott wasn’t even their biggest worry. It was second-year Tony Pollard, who broke off multiple explosive-play runs, and had 54 yards on just seven carries by the time Dallas took a two-possession lead late in the third quarter.

At that stage in the game, the Cowboys had already accumulated 121 yards on the ground on 25 attempts, averaging 4.8 yards per carry, and while the defense was able to make a number of run stops, including tackles for loss, Dallas repeatedly seemed to be able to make the plays that they needed to.

It’s difficult to pinpoint what exactly the issue is. Personnel deficiency is certainly a part of the problem, but it goes beyond that. The past two weeks, they have been struggling to match a hat on a hat, giving the offense more blockers in the box than defenders.

One must also wonder if a simple matter of fatigue is at play. The Cowboys game marked their third consecutive game on the road, while coming down from a string of physical and emotionally draining games against quality teams, against the Browns, the Titans, and the Ravens.

While they were ultimately able to exit the game with a win, as they did last week in Baltimore, they proved to be overwhelmed on the ground whenever they were unable to make a play in the backfield. The Cowboys finished this one with 144 yards on the ground on just 31 attempts, averaging 4.6 yards per carry.

The game saver, however, was perhaps the fact that they did not allow a play of more than 20 yards. They had a couple of decent-length runs, but none particularly damaging, and that was important. Elliott, who finished with 51 yards on the ground, did not have a carry longer than 10.

Regardless, these issues in the run game must be cleaned up, and cleaned up in a hurry. And it won’t just be fixed by getting some guys back on the field. Some schematic adjustments are necessary in diagnosing where they are exposing themselves. Coming home to Pittsburgh, perhaps they will have a moment to breathe, but if today showed us anything, it’s that they can’t take any game for granted.