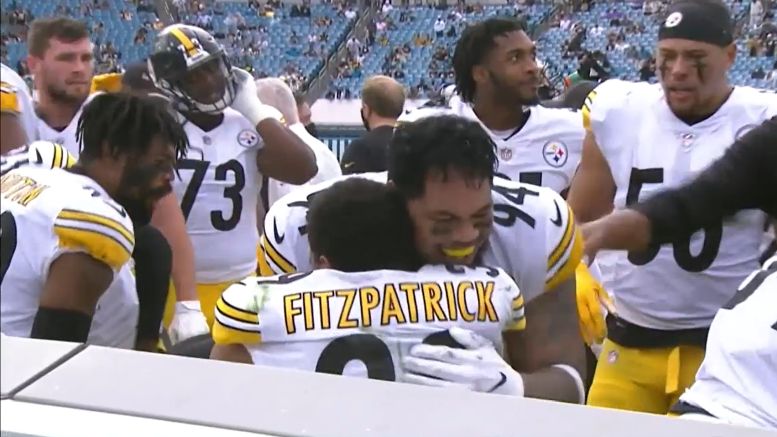 A favorite pastime of sports fans is to accuse their teams of looking past their opponent when they are a good team and lose to an inferior team. Whether or not there is ever any evidence to support this (there almost always is not), it’s a popular and easily digestible narrative that assigns clear blame for Something That Should Not Have Happened. Even a close win against a bad team is fair game for harsh criticism.

The Pittsburgh Steelers have had a couple of those games so far in 2020, but each of their 10 wins in 10 games count the same in the end, divisional and conference implications notwithstanding—unless you somehow get all the way down to points differential in the tiebreaker process.

With six more games to go and six more opportunities to win, however, the Steelers aren’t actively thinking about winning six more games, something that quarterback Ben Roethlisberger talked about after beating the Jacksonville Jaguars yesterday.

“We’re not chasing perfection in terms of 16-0”, he told reporters after the game in discussing their one-game-at-a-time approach. “We’re chasing Lombardis. That’s the most important thing for us. We just have to focus on this week and playing our best one week at a time”.

Third-year free safety Minkah Fitzpatrick echoed the same sentiments. Fitzpatrick, how contributed two interceptions in the game, including a red-zone takeaway that preserved what felt like a precarious 10-3 lead at the time, discussed the matter in the aftermath.

Those in the media are more and more beginning to discuss the possibility of a 16-0 record and how realistic a prospect that is. Four of their final six games—against the Baltimore Ravens, the Indianapolis Colts, the Buffalo Bills, and the Cleveland Browns—are against winning teams. At this point, they have probably one of the most difficult remaining schedules.

“We don’t talk about it at all. The media and everybody else will talk about it”, he said about discussing 16-0. “I think Ben said it before, we’re not worried about 16-0, we’re worried about 1-0. We have a great team in Baltimore on Thursday, and they’re looking to knock us off. We already beat them one time, and I think they’re going to give us their A++ game, so we’ve got to go out there and play 1-0. When you start thinking too much about the future, you stop preparing the way you’re supposed to be preparing, doing what you’re supposed to be doing”.

If the Steelers have done any of that this year, then they have been able to get away with it so far. They say they’re not, and I tend to believe them.