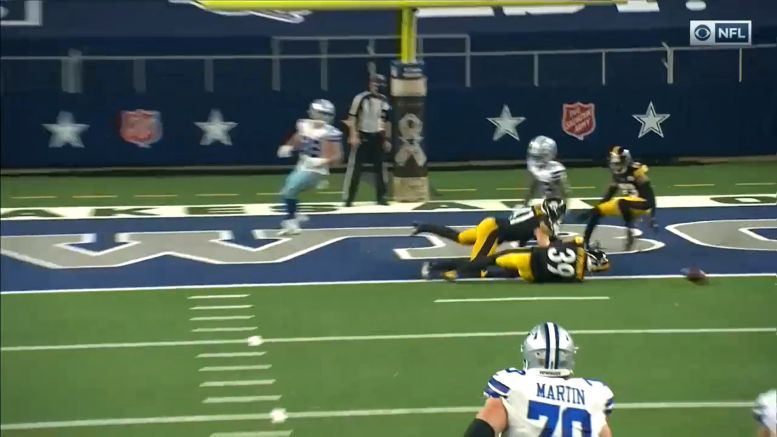 The Pittsburgh Steelers just shut out the Cincinnati Bengals entirely on third down in their last game, not allowing their hosts to convert even a single time on their 13 opportunities. They put in a concerted effort during practice to address their performance on possession downs recent after falling off in that area, and this was the result.

While the Bengals were not a great offense on third down, they managed themselves well enough, at least before running into the Steelers. By that point, they had converted 48 of 113 opportunities, or 42.5 percent, which if it still stood would rank right in the middle of the pack (now they’ve fallen all the way to 29th).

As is basically always the case, the free safety has been instrumental in working on correcting these issues, and for the Pittsburgh Steelers, that is of course Minkah Fitzpatrick. We have written about how they used him to bracket Bengals wide receiver Tyler Boyd on third downs to shut him out. He talked to reporters earlier today about the time they have devoted to possession downs recently to correct the issues.

That’s exactly what you want to hear from your defense, of course, and the shutdown on third down was certainly a welcome sight on Sunday. With that performance, the Steelers dropped their defensive third down success rate down to 39.7 percent, which ranks 14th, and everybody outside of the top 10 is in a crowded pack within two percentage points of each other, so they can easily climb higher with another couple of good games.

They also have the best fourth-down stop rate, allowing just 28.6 percent of fourth-down attempts to be converted so far this season, and this is in spite of the Bengals actually getting two of them, one for a touchdown and the other that went for an explosive play on a fake punt late in the game. That accounts for half of the total fourth-down conversions they have allowed so far this season, having gone 4 for 14 overall.