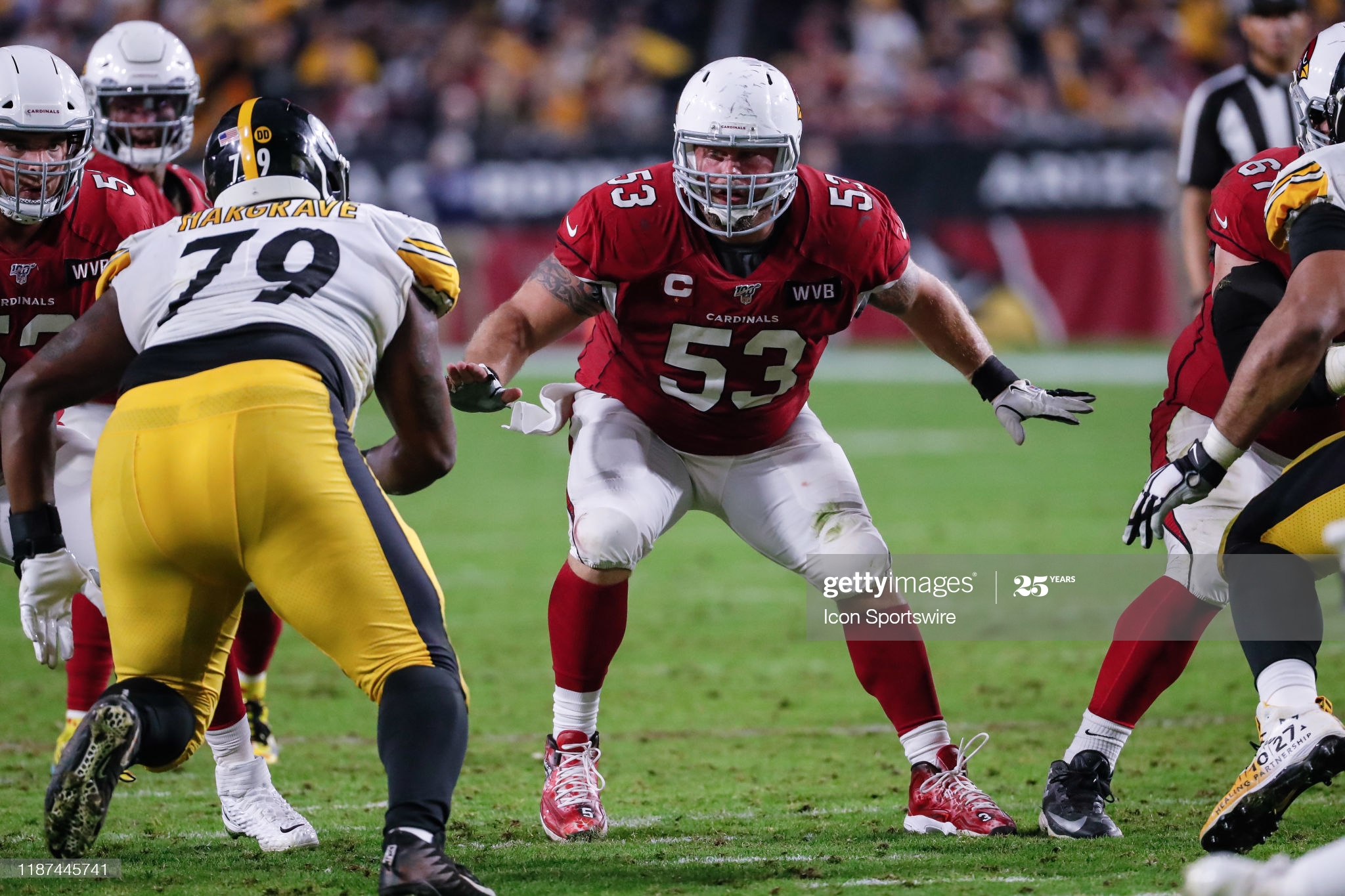 This isn’t directly a Pittsburgh Steelers article, nor is it even about the AFC North. It’s not even about the AFC. In fact, it doesn’t even cover a team that the Steelers play this year, or for another couple of years. It’s about a member of the Tampa Bay Buccaneers—a player who began his NFL journey with the Steelers, and now appears to be coming to a close.

A.Q. Shipley is a Pennsylvania native who is an alumnus of Penn State. The Steelers drafted him to play center in the seventh round of the 2009 NFL Draft. He did not make the 53-man roster, but he did spend time on the practice squad. Knocked for having short arms, the Dave Rimington Trophy Award-winner would have an uphill battle to carve out an NFL career for himself.

But he did, becoming one of the rare players who would go on to find success after the Steelers decided that he was not among their best 53 options early on in their career, at least in recent years (we can go back to Johnny Unitas, et al, if we want to be miserable; but let’s not).

Amazingly, Shipley wouldn’t spend a second on a 53-man roster until 2012, his fourth year in the league, after being reunited with former Steelers offensive coordinator Bruce Arians, who would be a key presence for the remainder of his career. He would have steady employment for the next eight years—usually on Arians’ teams.

His most notable stretch came when he joined Arians with the Arizona Cardinals. From 2015 to 2019 (after Arians retired), he started 51 games, including every game between 2016 and 2019, with the exception of 2018, when he missed the year due to a torn ACL.

Shipley would rejoin Arians with the Buccaneers in 2020, signing during training camp. While he did not make the initial 53-man roster, he was re-signed shortly thereafter. He made two starts in five games this season, playing 157 snaps.

But he suffered a neck injury on Monday in Tampa’s loss to the Los Angeles Rams, and Arians strongly implied that it would likely prove to be career-ending at the age of 34. If so, he will retire having played in 110 games, making 72 starts, and earning somewhere in the ballpark of around $10 million over the life of his career.

“A.Q. Shipley appears to have had a career-ending injury”, Arians said. “And I feel bad because I love A.Q. He’s one of my favorite players of all-time and was playing good for us. But I think it was a previous injury that might have just got aggravated in his neck”.

“Once we did the MRI and x-rays, it was determined he really shouldn’t play anymore”, he told reporters yesterday. “He’ll be going on IR and starting his coaching career”.

Shipley wouldn’t be the first player who would immediately go into coaching after playing under Arians. A couple of former Steelers, such as current Buccaneers offensive coordinator Byron Leftwich and Buccaneers linebacker coach Larry Foote are among them. Antwaan Randle El is among the many other connections. In other words, he’s in good hands under Arians, because he has a track record in helping players transition into coaching under his watch.

But here’s the kicker: Shipley was the only player left from the Steelers’ 2009 Draft class who was still in the NFL. Mike Wallace and Ziggy Hood last played in 2018. Kraig Urbik, another lineman from that same draft class whom they let go of prematurely, also had a successful starting career before injuries forced him to retire after 2016. Tight end David Johnson would last play that year as well after he was cut prior to the 2017 season in his second year reunited in Pittsburgh (in favor of Xavier Grimble, mind you).