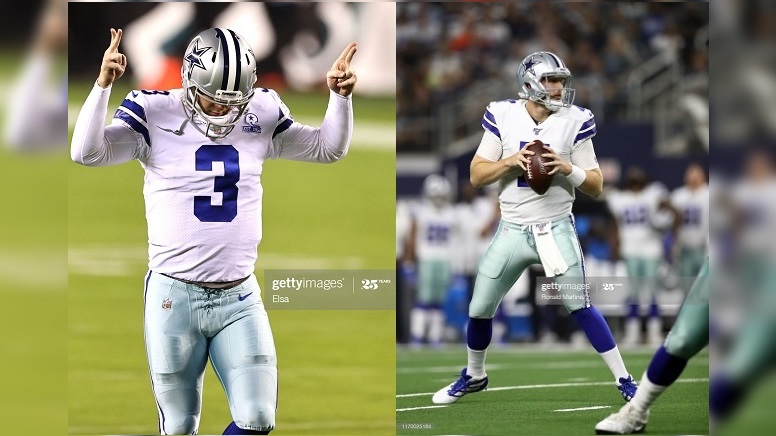 Who will the Dallas Cowboys start at quarterback against the Pittsburgh Steelers on Sunday? we still don’t know for sure as of Friday night as head coach Mike McCarthy isn’t saying.

“We’re still working through the process. I think the most important point as far as the goal is to make sure both Garrett [Gilbert] and Cooper[Rush] are ready,” McCarthy said in his Friday press conference. “The reps aren’t being distributed equally. I don’t really want to get into the specifics of it. But just learning from last week’s experience, with all the pressure in the Philadelphia game, just to give us the best opportunity offensively, my focus is to make sure both Garrett and Cooper are ready to play in the game.”

So, does it really matter which one of Garrett Gilbert or Cooper Rush starts at quarterback on Sunday against the Steelers? It really shouldn’t, but with that said, let’s look at a few key historical elements related to this Week 9 matchup and try to understand why several fans of the Steelers are concerned that the team might leave Dallas with their first loss of the 2020 season due to them playing down to their competition and falling victim to the proverbial trap game, which I personally think is a myth at the NFL level.

The four quarterbacks the Steelers lost to in those four games were none other than Matt Cassel, Brady Quinn, Ryan Mallett and Derek Carr. Do you remember any of those games? I sure do and I could probably recite many plays from each to anyone who would stop me on the street and ask. Those were some painful losses for sure and just a small sample size of the stinkers the Steelers have had with Tomlin as the team’s head coach.

Within those four road losses as double-digit favorites, however, is the fact that none of those four quarterbacks that beat the Steelers were making their first career starts. In fact, none of the four of Cassel, Quinn, Mallett or Carr were even rookies or second year players at the time. In short, all four had some playing time experience as a starter previously. That won’t be the case on Sunday when the Steelers face either Gilbert or Rush because it will be the first career start for whoever ultimately gets the nod of the two.

Since Tomlin became the Steelers head coach in 2007, his teams have faced a quarterback making his first career start three different times. Strangely enough, all three times were against the Cleveland Browns and the three quarterbacks were Colt McCoy (2010), Thaddeus Lewis (2012) and DeShone Kizer (2017). The Steelers won all three of those games with one of them being on the road to open the 2017 season.

As for Gilbert and Rush, combined the two quarterbacks are 3 of 9 passing for 42 yards with no touchdowns and no interceptions and two sacks for their NFL careers. With the Cowboys also entering Sunday’s game with a makeshift offensive line due to past injuries, there’s no reason to think either Gilbert or Rush will have much success against the Steelers as passers.

In short, if the Steelers lose to the Cowboys on Sunday it would likely be a result of them turning the football over numerous times. Such a road loss to a quarterback making his first career start would certainly go down as one of the worse losses of Tomlin’s career. I just don’t see that happening.