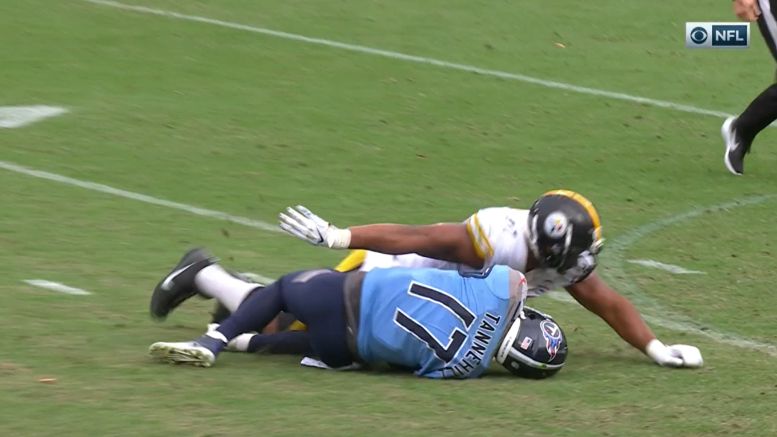 Topic Statement: Stephon Tuitt will become the third Steelers defensive lineman in team history to record 10-plus sacks in a single season.

Explanation: With his sack of Jake Luton on Sunday, seventh-year defensive lineman Stephon Tuitt recorded his seventh sack of the year, a new personal record, becoming the 18th Steeler to reach 30 or more sacks for his career. With six games to go, he can reach double digits by recording a sack every other game.

Technically speaking, Tuitt has recording 10.5 sacks in his past 16 games, going back to the start of the 2019 season, and the sixth game hardly even qualifies, as he left after just a handful of plays, which ended his season.

While the topic doesn’t quite work that way, it does show the sustainability of the pace that he is on. He has been averaging 3.5 sacks every five games over the past 15 games that he has finished. At that pace, he should added another three or four sacks by the time this season is over.

Beyond the simple math, there is the reality that Tuitt is playing at a very high level right now and has been bullying offensive linemen. The Baltimore Ravens have an offensive interior that can be exploited, especially with recent changes and injuries and working on a short week. He just got two sacks against them last time around.

Sacks are almost never a stable metric. Not even edge defenders can consistently count on getting their numbers. They can get in the backfield, and maybe even keep up a hit total, but actually finishing plays for sacks is fluky.

And considering that Tuitt has never managed to sustain this level of play in his first six years—albeit with injuries being a factor—it’s asking a bit much to anticipate him getting another three sack. Even this year, he only has 3.5 sacks in his past six games.

And he has plenty of dry spells. He was held without a sack for the first give games of the 2018 season. Just look at Cameron Heyward. He had 29 sacks in the past three years before this season, but now he has two in 10 games. Is Heyward playing meaningfully worse than he had been the past three years, or is he just not finishing as many sacks for a litany of different reasons, many of which are outside of his control?