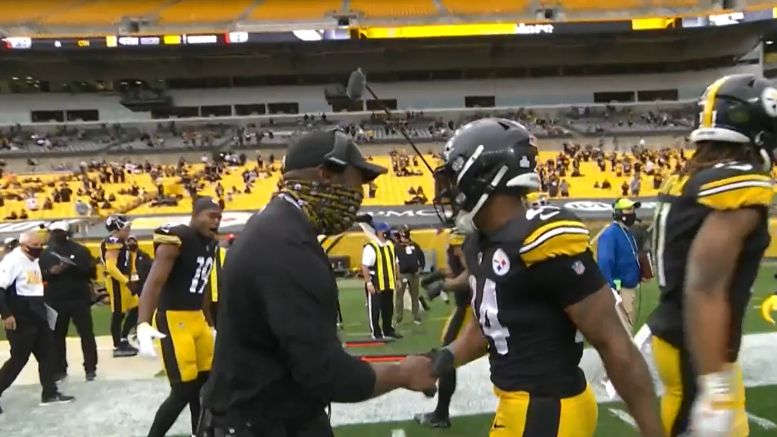 Reasoning: James Conner’s positive Covid-19 test result has a very good chance of knocking him out not just for tomorrow’s scheduled game against the Baltimore Ravens, but also Sunday’s game against the Washington Football Team. That means a two-game exhibition of Benny Snell Football.

Due to James Conner’s lack of availability due to injury last year, Benny Snell became the first Steelers rookie since Le’Veon Bell in 2013 to record at least 100 rushing attempts in a season. Outside of an ankle injury in the opener this year, however, Conner has been healthy and available consistently this year.

That has left few opportunities on the table for Snell, who through 10 games only has 57 rushing attempts, 19 of which came back in the season opener, when he recorded the first 100-yard rushing game of his career.

Since that game, in which he rushed for nearly six yards per attempt, he has been limited primarily to short-yardage work, which reflects the fact that he has averaged just 2.16 yards per attempt since then on 38 rushing attempts, for a whopping 82 yards. That does include three rushing touchdowns, however, all of one yard.

Snell has gotten the ball on third or fourth down 10 times since after the opener, and he has recorded a first down on six occasions for a 60 percent conversion rate. One of those was on 3rd and 16, however, so we can throw that out. One of his other three failures came on 4th and 1. The other two were on 3rd and 2, with one of them being inside the 10-yard line in the red zone, but not goal to go. He was stopped on 3rd and 2 against the Jaguars last week in the fourth quarter.

Can he gain more consistency with more snaps and more carries as the game goes on, however? I believe so. He should see at least 15-plus carries in each of the next two games, with head coach Mike Tomlin expressing confidence in his ability to be the lead back, so we should expect to see some Benny Snell Football being played over the next seven days.