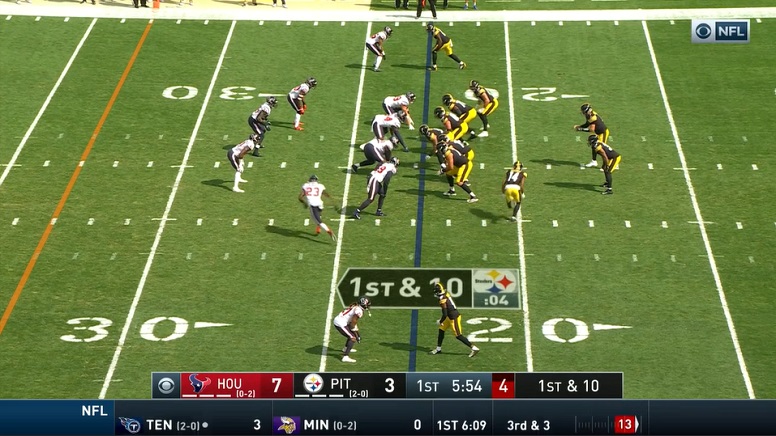 It was easy to predict that the Pittsburgh Steelers would increase their usage of offensive motion this season after hiring Matt Canada to be the team’s quarterbacks coach during the offseason. Canada, after all, used motion at the snap of the football quite extensively while severing as a college offensive coordinator for several schools over the course of the last decade and a half. Just four weeks into the 2020 season, the Steelers, according to ESPN, are sixth in the NFL in rate of motion at the snap of the football. And on the heels of those rankings being circulated this past week, Steelers tight end Vance McDonald was asked to comment on the offense’s heavy usage of motion through three games played.

By popular demand: rate of motion at the snap for all 32 teams in 2020. Via ESPN's video tracking team. pic.twitter.com/ozbJTHbXAv

“Yeah, we talked briefly about this I think in an interview I had talking about Matt Canada coming in and introducing a little bit of his philosophy into our scheme overall and obviously I think the evidence is out there,” McDonald said on Thursday. “I didn’t know we were fifth in the league, that’s an interesting stat, but the evidence is out there.”

McDonald went on to comment once again on how motion, especially at the snap of the football, helps an offense and more specifically, how it can impact a defense.

“I mean, as human beings and football players, especially defensively, we’re reactionary and vision has a lot to do with that reaction,” McDonald said. “It’s the dominant sense obviously that they’re using, especially at linebacker. And so not only are they lining their defense up, echoing, and giving calls out, but they’re having to watch all of this. And at the same time, all the film study and everything they do before going into that game all accounts for something that can distract them – something that can pull them away from their gap, even if it’s a half step.

“As the saying goes in football, a blade of grass is a blade of grass, and we need every one of them. And so the evidence is there that even if it’s one snap out of 70 plays on average in a game, 65 for offense, that a defensive player is out of a gap or they’re a half a second slower to that responsibility, it’s an edge for us.”

We’ll go over some of the success rates the Steelers have had using motion at the snap of the football in a future post and likely ahead of the team’s Sunday home game against the Philadelphia Eagles. In the meantime, however, McDonald is obviously a big fan of more motion usage to date and if it were up to him, he’d like to see even more of it moving forward into the 2020 regular season.

“And so, I think honestly for me, my own personal opinion, like we could do even more of it,” McDonald said on Thursday. “That’s a matter of getting the play call into the huddle, getting up to the line of scrimmage and having plenty of time on the play clock in order to carry out all those movements and shifts. But I think it has been a good balance for us so far.”