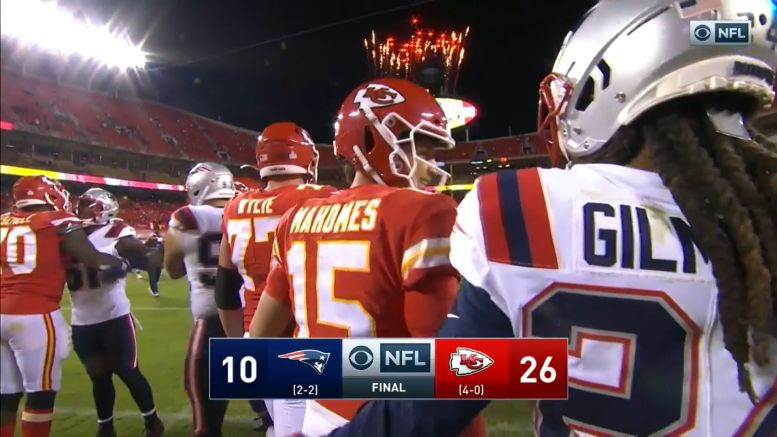 Looked at objectively, the NFL could be handling Covid-19 a lot better right now. And the developments of the past several days have also made it rather clear that the league is more interested in making sure that every game is played in the week it is meant to be played than taking every reasonable course of action to prevent outbreaks.

As we relayed earlier today, the Tennessee Titans triggered two new player positive tests today, after two days with no new positives. This was after the organization triggered new positives for six straight days and forced the league to move the Pittsburgh Steelers’ week four contest.

But that wasn’t even the most significant Covid-19 news of the day. The biggest news was New England Patriots All-Pro cornerback and reigning Defensive Player of the Year Stephon Gilmore having contracted the virus, testing positive today and being placed on the reserve/Covid-19 list.

Why is this the biggest news? Because Gilmore almost surely contracted it from starting quarterback Cam Newton, who was held out of the Patriots’ game on Monday against the Kansas City Chiefs for that reason. Despite identifying 20 players who had close contacts with Newton, the game went on with just a one-day delay.

The Patriots identified 20 players who had close contact with Newton and had them travel to Kansas City separately. Gilmore was among those players. After the game, he greeted and shook hands with the reigning Super Bowl MVP, Patrick Mahomes.

If the NFL was actually more concerned with protecting its players and their families from exposure over playing the games, which, let’s be honest, they’re not, then they would be doing things much differently. For one thing, the Patriots-Chiefs game would not have been played. Newton tested positive late last week, and the game came well within the incubation period for others who were exposed to him to catch it from him. They now have three players on the reserve list, but Gilmore is the first who unquestionably was a close contact of Newton’s while he was already transmissible.

In addition to new positives with the Titans and Patriots, the Las Vegas Raiders registered a new player positive result today as well, marking three organizations with player positives in a single day. Today is Wednesday, and each of these teams are scheduled to play on Sunday. The Raiders are playing the Chiefs.

The league will do everything possible to avoid moving these games, especially to avoid moving them to a week later in the season. The reality is that the NFL had a very, very long headstart to get plans in place to do a much better job than they have now.

If they really wanted to ensure that they would get every game in, they could have built in additional bye weeks throughout the course of the season to provide buffer room for the inevitable scenarios that result in games not being played when scheduled. Unfortunately, it’s looking increasingly likely that some teams will be playing fewer than 16 games as reality threatens to force the league’s hand to take a more responsible approach. Even the MLB ended up missing two games, and the NFL can’t play doubleheaders.