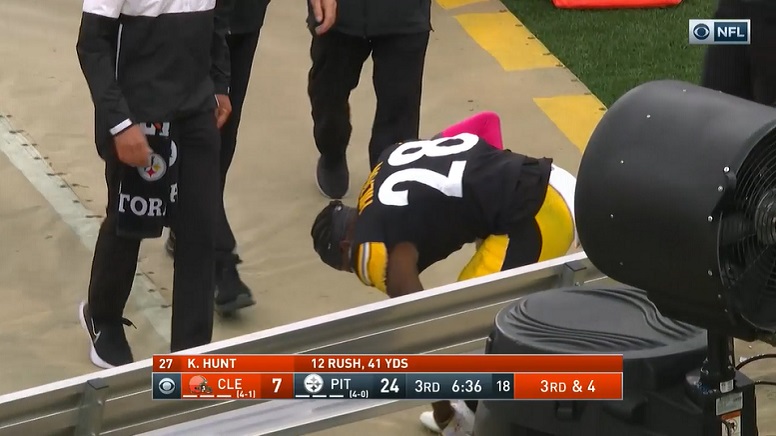 The Pittsburgh Steelers will play the Baltimore Ravens on Sunday and it’s starting to sound like they won’t have starting nickel cornerback Mike Hilton for that road contest.

According to Getty Dulac of the Pittsburgh Post-Gazette Thursday night, the Steelers aren’t expecting Hilton to be heathy enough to play on Sunday against the Ravens as he continues to battle back from a shoulder injury he suffered during the team’s Week 6 home game against the Cleveland Browns.

The Steelers are hopeful but not expecting nickel back Mike Hilton (shoulder) to play against the Ravens.

The Steelers Friday injury report will shed a lot more light on Hilton’s status for Sunday’s game against the Ravens. That will be released after the team practices on Friday. If Hilton can’t play against the Ravens, Sutton will likely replace him in sub package defenses and fellow cornerback Justin Layne will likely continue to be the extra defensive back when the Steelers utilize their dime package.

Against the Titans in Week 7, Sutton played well in place of Hilton as he registered four total tackles and two defensed passes in the Steelers road win.