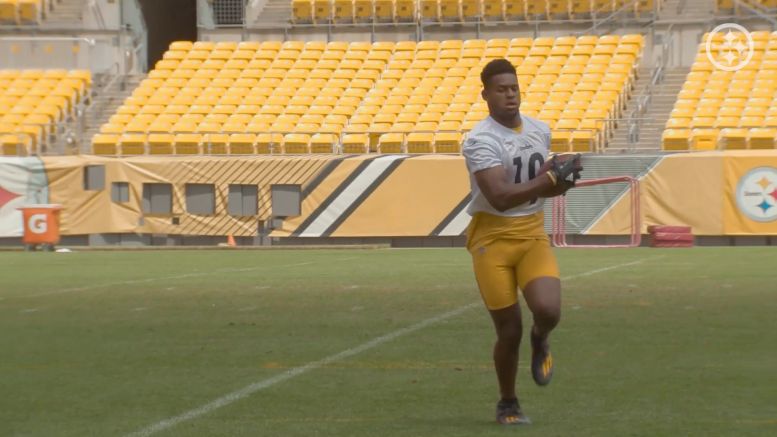 Having an early bye week can in some ways not feel like a bye week, knowing that you still have so much more football ahead of you without a respite—unless you manage to snag the number one seed in your conference, or don’t qualify for the postseason at all.

Add on top of that the fact that your bye week is supposed to be several weeks later and you’re already half a week into preparation for your upcoming opponent, including on-field practices, by the time it is decided for you that the current week you’re already in will be your bye week.

That is what the Pittsburgh Steelers were faced with this past week after their scheduled week four opponent, the Tennessee Titans, suffered a Covid-19 outbreak that led to their game being postponed until later on in the season. The Steelers were already on the field practicing by the time the league announced on Thursday that it would be postponing the game not just a couple of days, but until a later week.

“It doesn’t feel like a bye week”, wide receiver JuJu Smith-Schuster admitted in speaking to Terez Paylor of Yahoo Sports. The players were ultimately only given the weekend off, Friday through Sunday, before returning to work and practicing today.

“We’re practicing and the next thing you know, coach tells us”, he said about the surprise postponement. “We hear stuff on social media, the news, and we’re like, ‘OK, cool — [the Titans’ practices are] canceled until Saturday and it’s like oh, we’re going to play Sunday. You know, we still have a chance’”.

Of course, it continued to evolve from there. The Titans experienced new positive cases for six consecutive days, up until today. First, the game was delayed for a day or two. As the positives escalated, the decision was made to pull the game entirely until later in the year.

“So now it’s like, is this our bye week?”, he said, a question that a number of Steelers players, including Cameron Heyward and Eric Ebron, understandably asked themselves, and on social media. It certainly was a bye week unlike most. And now it’s week four instead of week eight.

“We have about 10-plus games left and it’s just, ‘ah, why is it so early?’”, he said, lightheartedly. “But it is what is, you know, I can’t complain. Our coach says, you know, whatever time, wherever we are at, there’s a game that we’ve got to play and we’ve got to rock”.

The next place they’ll be rocking is where they have been most of the year to date: Heinz Field. They’ll be playing their third straight home game since their trip to Tennessee was delayed, hosting the cross-state Philadelphia Eagles. And a week later, they’ll host the Cleveland Browns, getting half of their home slate out of the way in their first five games. That means seven games on the road in their final 11—with no breaks.