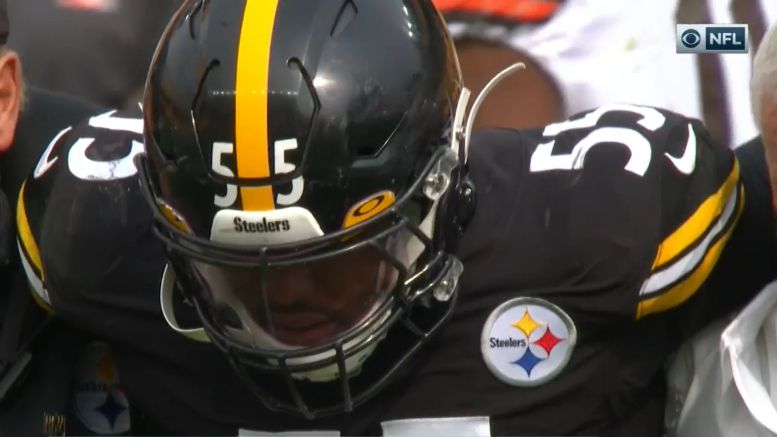 Question: Should the Steelers bring in somebody to play inside linebacker or work with what they have?

I would imagine that this is going to continue to be a focal point of questions and concerns for the next couple of weeks, maybe even longer, though the trade deadline is now fast approaching. Basically, do the Steelers have enough in-house at inside linebacker to field a championship defense with Devin Bush done for the year?

Outside of the other starter, Vince Williams, none of the inside linebackers they employed behind Bush this year had ever played a snap on defense before. Robert Spillane now has a few dozen snaps under his belt, the vast majority coming on Sunday. His first tackle was on a Kareem Hunt screen on third and five. He made a valiant effort but couldn’t quite stop him short. He finished the game with six tackles in all.

The other inside linebackers are a safety in disguise and a player whom they haven’t even seen fit to dress despite the expanded active list. Ulysees Gilbert III was a standout special teams player in the seven games for which he was healthy as a rookie in 2019, but he was passed over this year in favor of a guy like James Pierre, who, to his credit, has played well in that phase.

Remember, of course, that bringing in anybody who would actually contribute, whether on the open market or via trade, would cost, and the Steelers don’t have a lot of wiggle room. So really, it comes down to how much you trust Spillane.