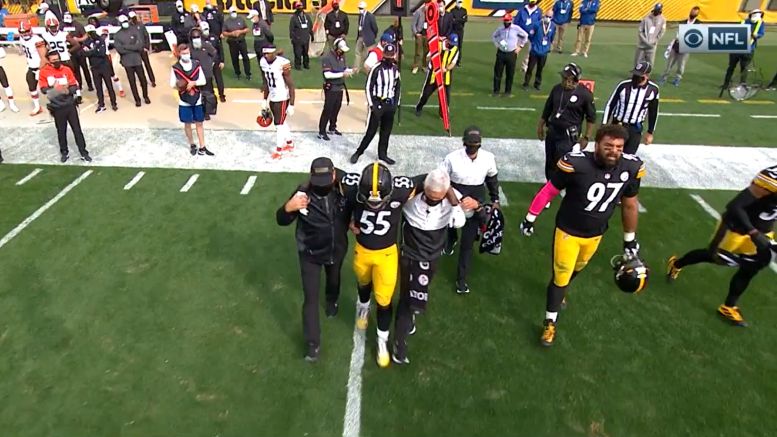 Question: How will the Steelers replace Devin Bush?

When you lose a starting player on the defensive side of the ball in particular, especially when he is an every-down player, unless it’s in the secondary, it’s highly likely that the process of filling is shoes is going to be filled by more than one person. I expect it to be no different for the Steelers in making changes adapting to the loss of Devin Bush, who sustained a season-ending ACL tear yesterday.

So how do they take up Bush’s snaps? It will involve four people, potentially: Robert Spillane, Ulysees Gilbert III, Marcus Allen, and Cameron Sutton. Yesterday, Spillane was his immediate replacement, but a week of planning can change things.

Gilbert was a healthy scratch. He won’t be anymore, and he has the sideline-to-sideline speed that the Steelers lose with Bush out, so that’s his chance to step in. We’ll see if they find a role for Allen as a quasi-dime linebacker, but they will also likely increase their true dime usage, meaning more snaps for Sutton, who snagged his first interception of the year yesterday off of Baker Mayfield.