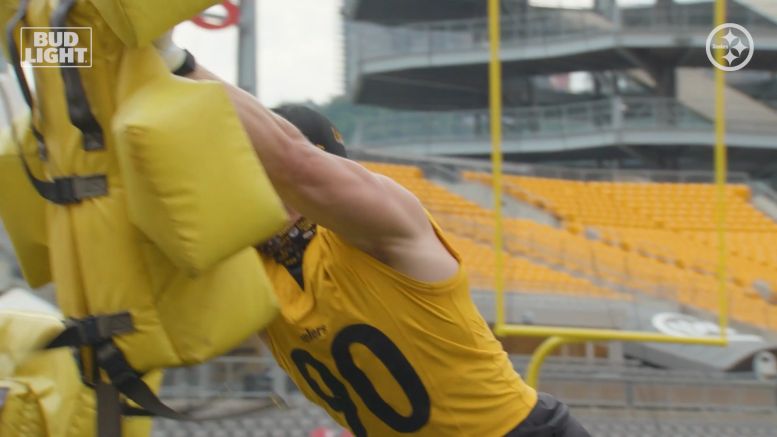 The Pittsburgh Steelers begin their 2020 season tonight taking on the New York Giants, who by record have been one of the worst teams in football recently. While that well may be true, this is a new year, significant changes have been made, and things happen that you don’t expect on any given Sunday—or Monday, as the case may be.

The Giants haven’t been a very good team. The Steelers have been great on Monday Night Football. That doesn’t mean anything when you’re on the field and you have to chase down Saquon Barkley, though, or try to cover Evan Engram down the seam, or contend with Sterling Shepherd and Darius Slayton.

“The approach that I’ve always had is that this is the NFL”, T.J. Watt said of facing the Giants and of New York’s reputation of being a recently underperforming franchise. “These guys are all getting paid money to play football and they’re all elites. They were all studs in college. They’re all very capable football players, and you can’t take anybody lightly. These guys are putting food on the table to make plays in the NFL, and you can’t take that lightly. And that’s why there are no easy matchups in the NFL”.

That may be so, but there are certainly more strenuous duels that Watt has had than he is likely to get from Cameron Fleming, who is expected to but the Giants’ starting right tackle this year, a ripple effect of left tackle Nate Solder’s decision to opt out of the 2020 season.

Even assuming Watt manages to dominate his matchup, however, that’s two players out of 22 on the field accounted for. Joe Haden and Steven Nelson have to consistently cover the guys I mentioned up above. And who is going to handle Engram?

Meanwhile, the Steelers have a reconfigured offensive line, including a right side that is entirely new to the starting lineup. Neither Zach Banner, in his third season with the team, nor Stefen Wisniewski, a veteran signed in free agency, have ever started in Pittsburgh, and they’ve hardly played together at all, for obvious reasons. And they get to take on the likes of Dalvin Tomlinson and Leonard Williams.

New York improved its secondary with the acquisitions of James Bradberry and Logan Ryan, with Jabrill Peppers still a young, growing player in his own right. And Ben Roethlisberger—well, he’s barely thrown in a year, at least in a game. And his own coach said his spiral is still working its way back.

The Steelers should win this game. But they can very well lose, too, especially if they come in thinking that they won’t have a challenge on their hands. Even the games you consider easy wins are anything but. Yes, you should still end up winning, but these are still NFL teams. These are elite athletes, among the top 2000 or so at what they do in the world. It’s never easy. And it’s never a given.