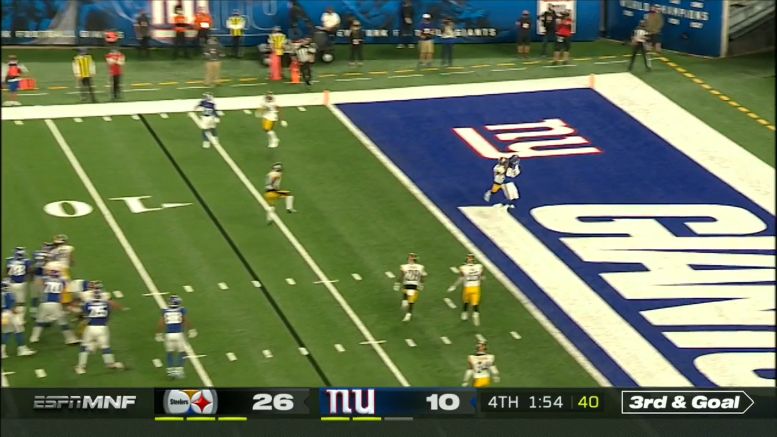 The Pittsburgh Steelers said last year that they believed they needed to hold opponents to under 17 points in order to win games with the offense that they had. Their offense is much more capable this year with Ben Roethlisberger back, but they still pushed themselves to keep the New York Giants at 16 points for the game.

In spite of that, the Steelers and head coach Mike Tomlin felt as though there was still a lot to work on going forward on that side of the ball, which of course is not surprising after one game. Even if they did hold one of the best backs in the game to six yards on the ground on double-digit rushing attempts.

“Defensively, we gave up a big play for a touchdown”, Tomlin noted back on Tuesday during his pre-game press conference in preparation for the Denver Broncos. That was notable because they were able to limit big plays, scoring or otherwise, last season.

“We gave up a penalty on a possession down. Right prior to that, we had an opportunity to get off. It was third-and-long”, Tomlin continued.

“I thought our third down defense could have been better. I think they were 8-of-15 on third downs, and that’s not winning football for us. Although things we did on first and second down, were largely really impressive, particularly as is pertained to stopping the run”.

But the Giants only had three total possessions in the second half, thanks to some long drives. They had a nearly nine-minute drive lasting 19 plays that ended with Cameron Heyward coming down with an interception on second down in the red zone. The Steelers also had a seven-minute drive that resulted in the touchdown that sealed the game.

That’s because both offenses were successful in keeping drives alive in the second half. Perhaps that was a sign of the defenses growing fatigued as the game wore on without proper football work to get into shape.

It would be beneficial to know that, because if that were the case, it is an indication that it can be improved. And Daniel Jones getting by on a couple of scrambles is a part of that. But there were also some narrow misses, near-sacks that he was able to turn into positive plays, including the 4th-and-1 conversion.

But they have the fortune of settling this all in the lab after a win, a nice perk to have to say the least.