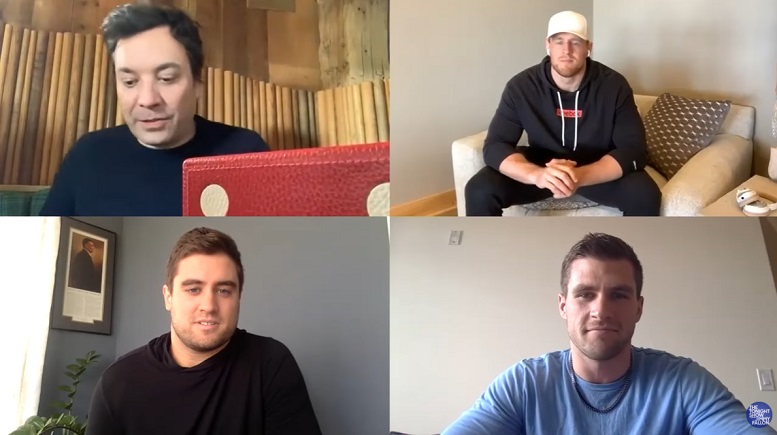 The Pittsburgh Steelers used three consecutive first-round picks between 2017 and 2019 on defensive players whose fathers and/or siblings were also quality and pedigreed NFL players. T.J. Watt, of course, has two brothers in the league, including three-time Defensive Player of the Year Derek Watt.

Devin Bush, their most recent first-rounder, is a second-generation player whose father, of the same name, was also a first-round draft pick at safety. Terrell Edmunds, likewise, was part of the first pair of siblings to be drafted in the first round in the same year, and has two brothers in the league in total. His father was also a Pro Bowl-level tight end.

You can find more NFL bloodlines if you continue to look deeper. Benny Snell, for example, is the nephew of Matt Snell, who was part of the New York Jets’ Super Bowl championship team, as just one example.

Mike Tomlin doesn’t shy away from the fact that they do lean on this lineage at times as an asset in their evaluation process. “Your dad’s exposure, your brother’s exposure, doesn’t make plays for you”, he told reporters earlier today, “but it does educate you, and hopefully raise the floor”.

“Just in terms of the lineage aspect of it, I think a lot can be benefitted just from being around this game at this level and having those close to you have experience in that area”, he said earlier in his remarks. “I think there’s less unknowns when you come from the circumstances of some of those people. I think they have a better perspective of the challenges that lie ahead, and I think all of that allows them to work more efficiently, to be surprised less, and to be generally prepared from the neck up in terms of meeting the challenges”.

I think it’s fair to say that they have yielded positive results lately. Each of the three players mentioned above taken as first-round picks were immediate starters, with Watt emerging as one of the best defensive players in the NFL by the middle of his second season, which he has continued into the first two games of 2020.

While it helps to be passed down the genes of an NFL-level athlete, the real benefit that separates those with family in the game is the fact that they have that exposure and accumulated wisdom that they can pass on.

All three of the team’s recent first-rounders, for example, have talked about leaning on their family’s history of going into the league entering their rookie season. They even have Derek Watt and Trey Edmunds in the building. Now they just have to work on J.J. and Tremaine for 2021…