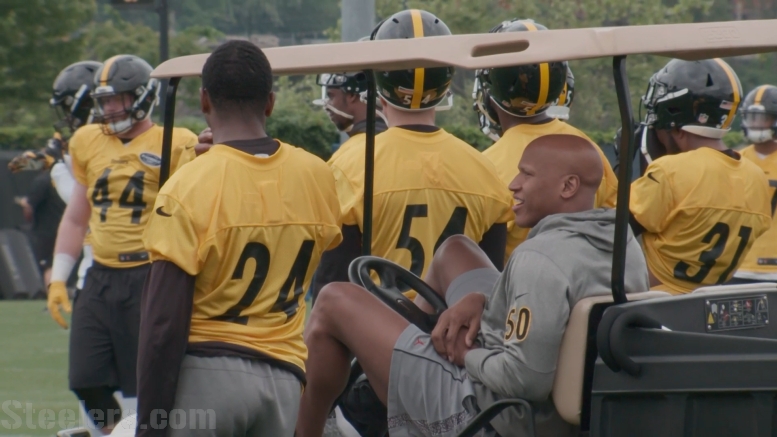 It was bittersweet news today to learn that Pittsburgh Steelers linebacker Ryan Shazier officially announced his retirement from the game. Although it seemed to many that this would be the obvious conclusion going back to the severe spinal injury that he suffered late in the 2017 season, he has up until now never acknowledged that he intended to let go of his ambitions to return to the playing field again.

A first-round pick in 2014 out of Ohio State, Shazier was an instant starter, even though his rookie year was marred by injuries. But he was electric in year two, and throughout the next three seasons, making the Pro Bowl in both 2016 and 2017.

He was, it seemed, singlehandedly transforming the defense into the unit that it needed to be, and he was crucial in their building a 13-3 record during the regular season the year he got injured. They weren’t the same after that, and only now have they seemed to rebound, hoping to find a similar spark in Devin Bush.

But while Shazier is now moving on to other things, the Steelers are not moving on from him. That was the message from general manager Kevin Colbert just a short time ago when he crashed the linebacker’s retirement announcement in an emotional moment.

“A lot of times when a player’s career comes to an end, we worry about what that next step is for the players, because a lot of times they don’t find their way”, he said. “The one thing I want to do is thank you for easing our worries, from the day you got hurt, to the day we’re still looking at you today. Never once have you ever said, ‘why me?’, and that gives us the strength, and gives others the strength, to know that any challenge you can overcome, and you have overcome”.

“That gives us great security moving forward knowing that whatever that next step is, you’re going to be successful”, Colbert went on. “But I just want you to know, you can retire from the game of football, but you’re never gonna retire from being a Pittsburgh Steeler. And thank you for sharing your life, and your career with all of us, and all the best to you, Michelle, and the boys. Thanks”.

The general manager was audibly emotional by the end of his comments, as were surely almost all of those who tuned in. Shazier was a frequent presence in the building last year, essentially serving informally as an assistant defensive coach, and Bush and inside linebackers coach Jerry Olsavsky have talked about the role he played a season ago.

It’s time now for him to get on with his life’s work, work that will no longer include ambitions of returning to the field. But while his playing days have officially come to an end, his ties to the Steelers, both as an organization and as an international community, will never be severed. Shalieve Forever.