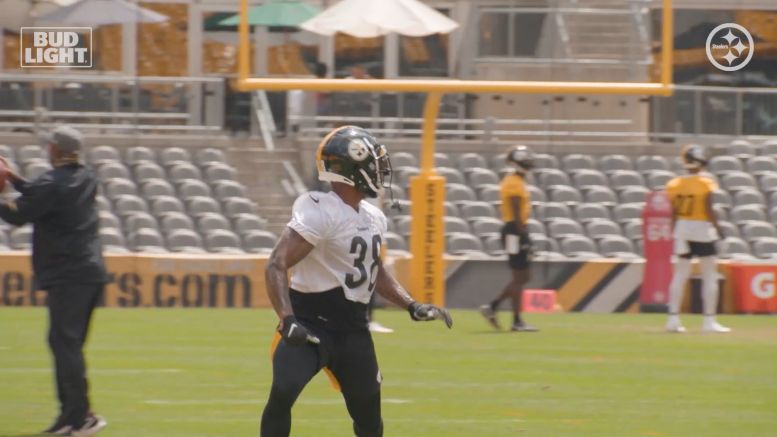 107 players were known to have tested positive at some point during the offseason before teams reported to training camp at the end of July. When players did report, a total of 64 additional players recorded a positive test for Covid-19, this date coming from the NFLPA (though slightly outdated, as a few more have tested positive since then.

Though those numbers overall are generally low, it is still nevertheless something all teams have to grapple with. More than 100 players overall have at some point been placed on the Pittsburgh Steelers’ reserve/Covid-19 list, for example, though they have cleared all of their cases (there are only a few remaining around the league), and all four cases were detected as players reported.

The four players who tested positive were James Washington, Jaylen Samuels, Justin Layne, and Arrion Springs. The last, a first-year player, was waived after being removed from the reserve list. We have not heard from Layne in training camp. When interviewed, Washington deferred to Mike Tomlin regarding his stint on the list.

Samuels, however, spoke to reporters earlier today, and he was more forthright about it. He confirmed that he indeed tested positive when he was placed on the list, and was not there only because he was known to be in contact with a positive case. He also said that he had “no symptoms at all”.

The third-year running back was first placed on reserve on August 2, and was activated to the offseason roster on August 13, so he missed about a week and a half of training camp, but the Steelers were only beginning to do meaningful on-field work by that point. Still, for a player ostensibly on the bubble, any time missed is valuable.

“With me being out a couple days, it did put me back a little bit with the football part”, he admitted, “but conditioning-wise, I tried to stay up on it while I was at home, just doing a little bit of so, so when I come back I can act like I never missed a beat. When I got back, I felt good, my body felt good, I felt in shape still, and I just tried to hop back up on the bandwagon”.

With roster cuts coming tomorrow, it’s sounding very likely that he will make the cut and join a backfield consisting of James Conner, Benny Snell, rookie Anthony McFarland, and fullback Derek Watt, who appears to be up to full speed, or close to it, and in full pads after having an undisclosed surgery in the offseason.

Samuels struggled through his second season in 2019, posting poor efficiency numbers and even recording a number of drops in the passing game, which had been his calling card, so he is looking to rebound in a significant way this year.