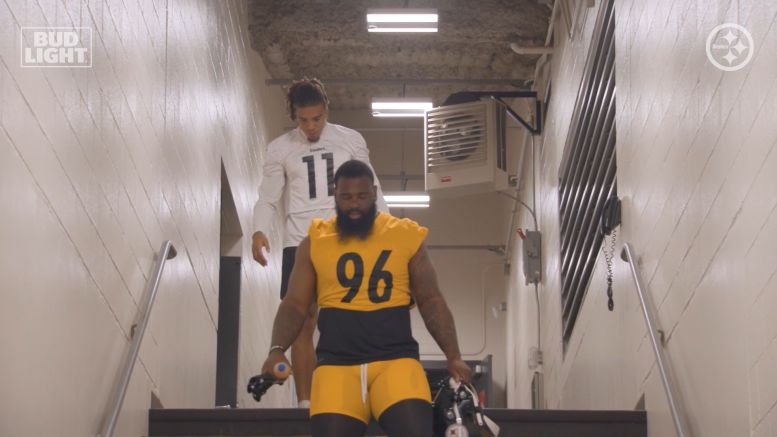 One of the defining traits of Pittsburgh Steelers head coach Mike Tomlin’s first official depth chart of the 2020 season was the fact that it was littered with the word ‘OR’. At starting right tackle, it was Zach Banner OR Chukwuma Okorafor. At kick returner, it was Ray-Ray McCloud OR Anthony McFarland. At backup mack linebacker, it was Marcus Allen OR Ulysees Gilbert III.

One area of the chart that really caught my eye, however, was at the defensive line. Tyson Alualu, as would be expected, was listed as the starting nose tackle. But who was behind him? Second-year defensive lineman Isaiah Buggs.

Listed at 6’3” and 295 pounds, Buggs earlier this offseason told the team’s website that the coaches and training staff told him in his exit meeting to keep his weight where it was—which was down from where he was drafted, indicating that they would want to keep him playing defensive end.

The fact that they released Daniel McCullers, however, strongly implies that they have been giving Buggs a lot of work as a defensive tackle throughout training camp, and that he will actually serve as the number two nose tackle behind Alualu, following the departure of Javon Hargrave.

This jives with Chris Wormley late last month confirming that the Steelers had been keeping him in the 3-4 end role, and of course playing in the nickel defense. The only other candidate on the roster who is not starting is rookie seventh-round pick Carlos Davis, who is listed as a backup end.

Disregarding the fact that Buggs is listed at nose tackle and Davis is listed at end, it would make sense that the team would favor the former in the nose tackle role, because he actually has NFL experience, and they typically only dress five defensive linemen. You don’t want to count on a seventh-round rookie who hasn’t even played a preseason game to be one of your five linemen to dress.

Things could get a lot more flexible, however, if Tomlin chooses to use his extra floating gameday active slot to dress all six defensive linemen, which is something that I’ve been thinking about all offseason. My thought in this regard rested on the assumption that McCullers would make the team, in an effort to get Buggs active.

But now it appears as though Buggs is in the position to be that fifth defensive lineman, somebody whom they will expect to play at every position along the line, including as a 3-4 end. This fits the mold of the Steve McLendons and the Chris Hokes of the past. McCullers as the backup nose tackle recently was the aberration.

The lack of information this offseason has complicated the learning process about the roster. We’ve heard virtually nothing about Buggs, though Tomlin did mention him as a second-year player they anticipate growth from. But we haven’t heard about him playing at tackle, or if he’s put on weight. The 53-man roster and now the depth chart are our first indications of what may have been going on.