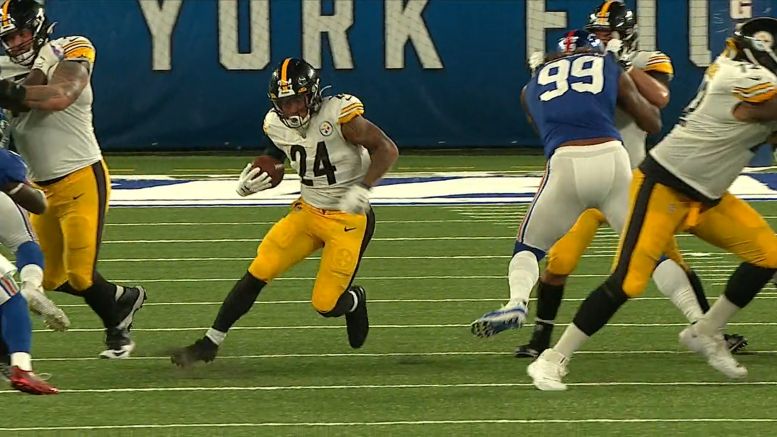 2020 was supposed to be a redemption year for James Conner. It could still end up that way. But for the Pittsburgh Steelers, the story out of the backfield for the season opener was Benny Snell, the second-year back who took over following Conner’s injury and rattled off the first 100-yard rushing game of his NFL career.

A fourth-round pick out of Kentucky in 2019, Snell wasn’t expected to have a major role as a rookie, but Conner’s injury opened the door for him to get a good amount of playing time. He ended up being the first Steelers running back to record 100 or more carries since Le’Veon Bell in 2013.

Shortly before the regular season began, head coach Mike Tomlin was asked about his approach at running back now that they have four running backs that they drafted in the middle rounds over the course of the past four years.

He said that Conner was still his bell cow running back, and that he would be used in that manner when he was on the field. Unfortunately, he was only on the field for a little more than a dozen snaps, accumulating eight touches for a total of 17 yards, by the time he left the game with an ankle injury and gave way to Snell (and Jaylen Samuels) for the rest of the contest.

The Kentucky product showed great potential on several of his runs, but he really took over in the second half in particular, though his total efficiency numbers suffered a bit with the Steelers running out the clock during the final two minutes of the game.

By the end of the contest, he finished with 113 yards on 19 carries, averaging 5.9 yards per carry, gaining nine yards on his final three carries. Chase Claypool was given an end-around to convert on fourth and one and close out the game.

There was one blemish on the night, however, as he did fumble after one of his longer carries of the night, working up the right sideline. He was fortunate that teammate JuJu Smith-Schuster was close behind following the play and managed to dive onto the ball immediately once he saw that it was loose. That spared the young back from anxiety for sure.

One thing that he did not do was get into the end zone, but that is largely because the Steelers were able to capitalize through the air when they got into the red zone, with Ben Roethlisberger completing three touchdown passes inside the 20-yard line.

It remains to be seen how large of a role he will have going forward, and that will hinge on the health status of Conner, but he showed the coaches tonight that they have every reason to be confident in his ability to step in and be the Snell cow back if necessary. That includes pass protection, which played a key role in some of Roethlisberger’s big throws on the night.