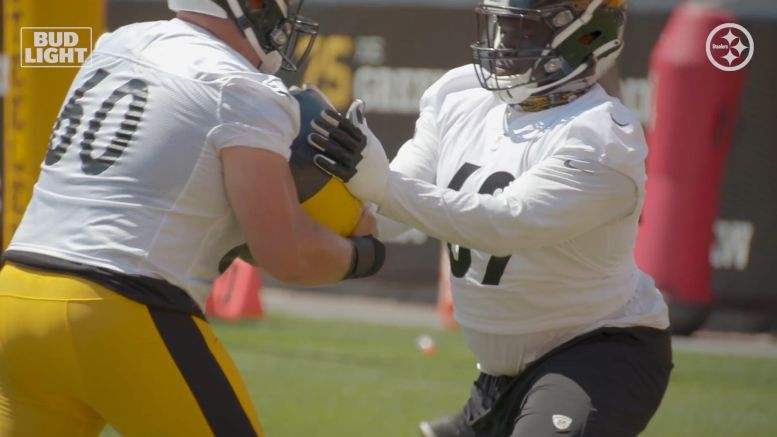 Question: Who is the player most likely to lose his roster spot by the time the season opens in a little over a week?

It’s almost a given that initial 53-man rosters are going to fluctuate, and often pretty quickly. Just last year, for example, the Steelers waived Tuzar Skipper the day before the season opener, signing Johnny Holton from the practice squad. Other times, they let players go after claiming others off waivers, as was the case for Doran Grant and Anthony Chickillo in 2015, two rookie draft picks.

The Steelers made some arguably surprising moves this year, including the decision to only keep five wide receivers and four outside linebackers. They currently have nine offensive linemen, with J.C. Hassenauer likely being the ninth. If they feel David DeCastro and Stefen Wisniewski are fully healthy for the season opener, however, he could be waived.

It’s also possible that they may have waited to waive players like James Pierre and Carlos Davis in the hopes that they can sneak them through once teams are done picking from others’ cuts. This is what they evidently tried to do with Skipper last year, even though it didn’t work.

The Steelers themselves have already claimed somebody off waivers, and signed a veteran. They brought back Sean Davis and Joshua Dobbs, releasing Curtis Riley, who was retained on the practice squad, and and waiving Devlin Hodges, who also wound up there. There don’t appear to be imminent plans to sign punter Dustin Colquitt, but don’t be surprised if the tinkering isn’t complete before the opener just yet.