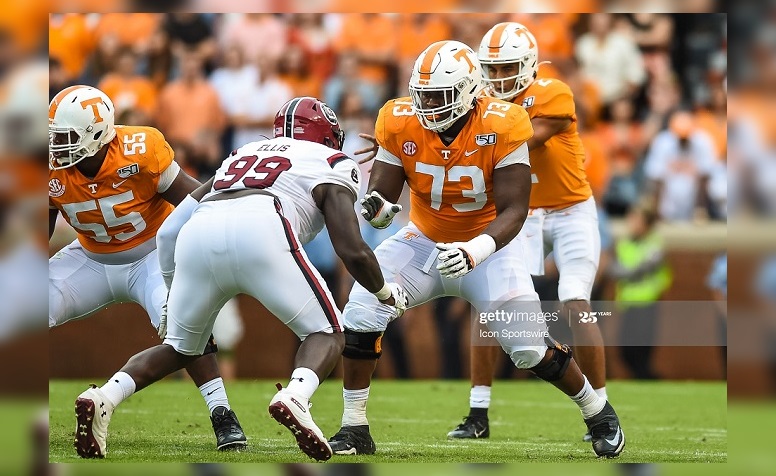 McShay has the Steelers selecting Tennessee offensive lineman Trey Smith and below is his reasoning for mocking him to Pittsburgh at 22nd overall.

Pittsburgh could go in a lot of different directions with this pick, including edge rusher, defensive tackle, linebacker, safety or running back. Quarterback is not out of the question either. But zero starting offensive linemen are under contract beyond the 2021 season. Both tackles are actually hitting free agency after the 2020 season, though Smith is better projected at guard in the NFL. Smith is a plug-and-play starter who could be a long-term replacement at left guard for Stefen Wisniewski, with the versatility to move around, despite a bit of injury history to consider.

While it is true that the Steelers don’t currently have any offensive linemen under contract past 2021, the team did draft former Louisiana-Lafayette left guard Kevin Dotson this year. Dotson. Additionally, there’s a good chance that the Steelers sign right guard David DeCastro to a contract extension around this same time next year.

Should the Steelers wind up addressing their offensive line in the first-round of the 2021 NFL Draft, a tackle or center-capable future starter would more than likely be the way they go.

While Smith has played some at left tackle for Tennessee so far in his college career, his starts in 2019 came at left guard. Smith was named First-Team All-SEC by the conference’s coaches following the 2019 season and earlier this year was named to the 2020 Wuerffel Trophy watch list and a 2020 Preseason All-American selection by several outlets.

According to DraftScout.com, Smith measures in at 6046, 325-pounds.