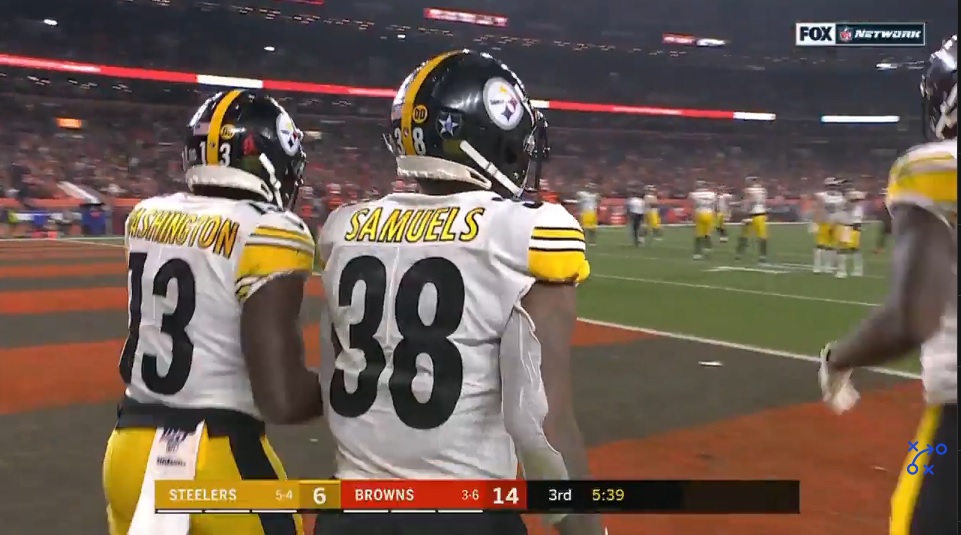 The two players placed on the COVID list are RB Jaylen Samuels and WR James Washingon. That means they either tested positive for the virus or came in close contact with someone who had. While on the COVID list, they don’t occupy a roster spot. There are now four Steelers on that list, joining DBs Arrion Springs and Justin Layne. Players on the COVID list have no timetable to come off it, though based on NFL protocol, it should take 7-10 days at the earliest for a player to be activated.

Barrett served as the team’s #5 QB. Webb was with the team in camp last season while Montano and Coatney were UDFAs who signed after the 2020 draft. Coatney received the team’s largest signing bonus post-draft. Montano’s bonus was $2500.

Henderson and Hendrix are local products out of Pitt. Kuntz was signed late in training camp a year ago and Kinnel signed a futures contract after playing in the XFL before the league folded this spring.

All teams must have their rosters set at 80 by August 17th, the first day of padded practices. The roster currently sits at 79 and should increase to 80 once safety Curtis Riley’s contract is finalized.