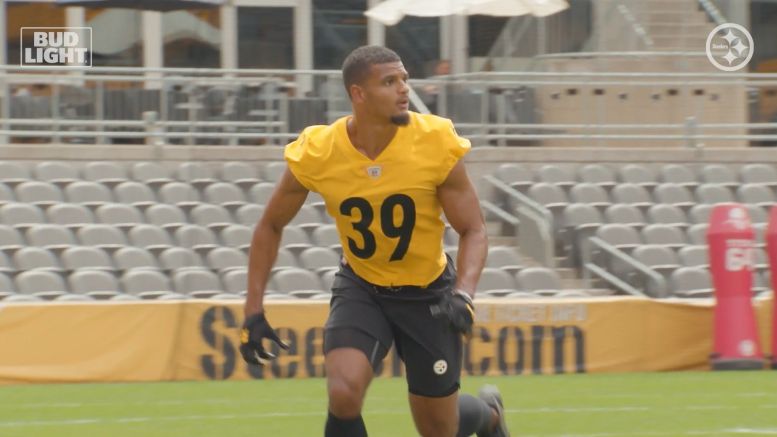 For as good as Minkah Fitzpatrick was during his first season with the Pittsburgh Steelers a year ago, and his second in the NFL, it would be foolish to believe that he has already maxed out this potential to grow and to learn in different areas. That doesn’t necessarily mean better statistics, but there are areas of his game that he knows he can work on.

Asked to pinpoint one specific thing that he thinks he can work on, during a chat with fans on Steelers Nation Unite, he said it was about “learning the details of the defense better. I think that’s something everybody as a whole could do, because when you know what everyone around you is doing, you’re gonna play that much faster”

As you’ll recall, of course, Fitzpatrick was only acquired two games into the 2019 regular season, so he didn’t have the benefit of having an offseason to study what it is the Steelers would be asking him to do. He was literally executing the defense in a meaningful game just days after first picking up a playbook.

But part of executing as a complete unit is making sure that each cog in the machine knows that it’s supposed to be doing and is capable of doing it at a reasonably high level. That is what he sees as the Steelers’ priority.

“As an overall defense, as a whole, I think everybody plays their role well”, he said. “When it comes to the front line, the linebackers, and the secondary, I think everyone does their job really well. Everybody understands what their role is, and I understand mine. I talk about it with Coach T all the time, just understanding your role, and once you embrace it and acknowledge it, you’re gonna play really well”.

Last season, they did send a representative from each level of the defense to the Pro Bowl, as well as the first-team All-Pro team, including Fitzpatrick as a safety representing the secondary. Outside linebacker T.J. Watt and defensive lineman Cameron Heyward also joined him.

And that’s not to mention Stephon Tuitt along the front line, and Bud Dupree and Devin Bush at linebacker, plus Joe Haden and Steven Nelson, the former of whom joined Fitzpatrick in the Pro Bowl last season.

It’s hard to identify a true weakness on this defense. Mike Hilton is a strong slot defender. Vince Williams is an experienced and smart linebacker. Terrell Edmunds has room to grow, but overall has not been a liability entering his third season.

As long as they’re all working together on the same page, and emphasizing communication, they should be in the running to be the best defense in the NFL this season. Everybody running a sub-par call from the sidelines is better than half of the team running a better call and the other half running another.