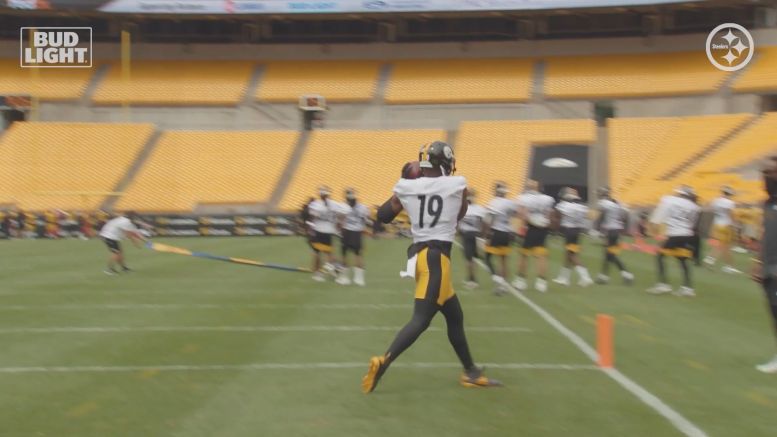 The Pittsburgh Steelers as an organization are headed into a pivotal season in 2020. After two years without making it to the playoffs, with Ben Roethlisberger coming back from a severe elbow injury, there are a lot of questions surrounding the organization, and around many of its most prominent players.

Among them is JuJu Smith-Schuster, who over the course of the past season has seemingly lost a lot of fans who have grown tired of the amount of time that he appears to spend on building his brand and questioning how serious he takes his job on the field—wrongly, I might add, but it’s a part of the discussion.

During the 2019 season, he caught only 42 passes for 552 yards and three touchdowns, numbers that are worse than even his rookie season, but pale in comparison to the 111 receptions for 1426 yards and seven touchdowns that he had a year ago.

Of course, that doesn’t take into account the fact that he had less than half the number of targets that he did the year before—even less than he had as a rookie—and that he only played 573 snaps on offense all  year while missing several games due to injury, and playing through injury almost all year.

As a player, of course, there is only so much that is in your control, especially when you play a position that is so dependent upon what others are doing. I’m sure the negative response to this 2019 season has affected him some, but not as much as his own internal criticism.

Yesterday, he told reporters that he came into training camp this year at the lightest weight of his career. “I would also say that I’m a little quicker, but with the tools that I have in my box this year, just doing my job and knowing the defense”, he continued. “Being able to be smart and play in situations like that. But like I said, it is going to take all of us to win games and come out of stadiums with Ws. It is something I have been looking forward to”.

The fact that he suffered a toe injury in the season opener of the 2019 season certainly didn’t help out his quickness at all a year ago. But he is long past the injuries that he dealt with last year and is focused on getting ready for the 2020 season.

With Smith-Schuster entering the final year of his rookie contract and there being no indications at all that there will be any contract talks this year, things are setting up for him to hit unrestricted free agency in March. Whether he gets paid in Pittsburgh or (more likely) elsewhere, that’s all the more reason to have the best season he can produce.