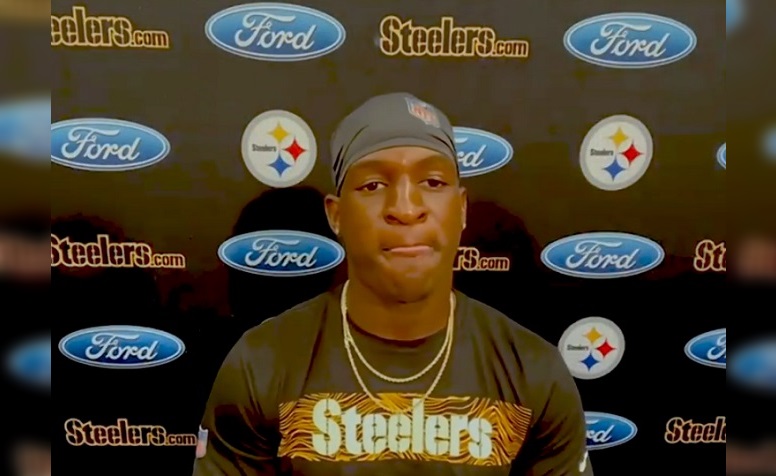 While 2020 is technically a contract year for Pittsburgh Steelers cornerback Mike Hilton, the reality of the matter is that ever year’s been a contract year for him since entering the NFL as an undrafted free agent in 2016. Hilton, who has been a mainstay on the Steelers 53-man roster since the 2017 season, talked on Friday about the hard path he’s had to take so far in his NFL career as a former undrafted free agent.

“Just getting to this situation, it’s a blessing,” Hilton said. “Being undrafted and to become one of the top players at my position and being able to produce over these last couple of years, it’s a blessing and I’ve never taken it for granted.”

Hilton got a nice raise in pay this past offseason thanks to the Steelers placing a second-round restricted tender on him. That tender will earn Hilton $3.259 million in 2020. Prior to him receiving that tender, Hilton, who played his college football at Mississippi, had earned just a little more than $1.8 million since entering the NFL as an undrafted free agent with the Jacksonville Jaguars.

So, how was Hilton able to beat the odds and develop a multiyear NFL career for himself as a former undrafted free agent on his third NFL team?

“It’s just grind nonstop, man,” Hilton said on Friday. “I know that’s cliché and I know a lot of athletes say it, but it’s really the effort you put in, it really shows in your play, in your results. And I feel like all of these couple of years, I feel like I have been gaining a lot of momentum on how I’m teaching my body, how I’m taking care of my body and it’s paying off on the field when I’m able to go out there and make plays.”

Hilton has made his share of plays as the Steelers primary nickel cornerback the last three seasons. In fact, in addition to register 4 interceptions, 25 passes defensed, 2 forced fumbles and 6.5 sacks in his last three seasons with the Steelers, he’s also logged 20 total tackles that resulted in lost yardage. Not only does he lead all cornerbacks in that stat dating back the last three seasons, he’s also the leader dating back five full seasons. Hilton has now developed himself into one of the top nickel cornerbacks in the NFL and on Thursday he was asked to describe the different skill sets he needed to hone to accomplish that feat.

“You’ve got to just prepare for whatever,” Hilton said. “You’ve got to make sure you’re prepared for the pass game, which going against slot receivers, it’s more short, quick routes and get the ball to them in space. But also, you’ve got to be able to have your run support ability ready to go, because you’re going to be filling that B gap. You’re going to be taking on offensive linemen. You’re going to be blitzing. And so, I feel like, for me, both go hand in hand. I feel like with my run stop ability, I’m one of the best. And when it comes to my coverage, I’m also one of the best. So, I’m comfortable and I feel good about how we’re going into this year.”

Hilton should feel extremely comfortable going into the 2020 season. Assuming he has another exceptionally good season in 2020 and thus remains one of the NFL’s top nickel cornerbacks, he should be able to cash in big-time as an unrestricted free agent in March. Even though such a big payday seems almost certain to be in Hilton’s future, he made it clear on Friday that he knows he can’t look that far into the future right now and thus he must first put together yet another quality season with the Steelers

“And you know what, with the contract situation though, I’m not really focused on it,” Hilton said. “I know what’s at the end of the tunnel, I’ve just got to go out there and do what I can to provide for this team to help us win games.”