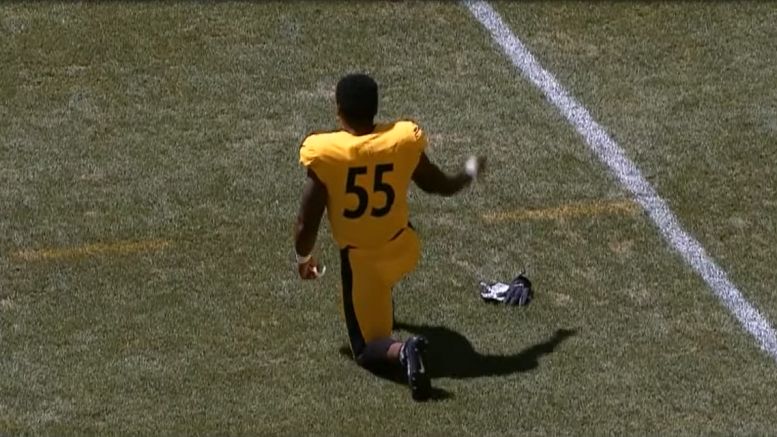 So much attention has been paid to young All-Pros as the nucleus of the Pittsburgh Steelers’ defense, namely Minkah Fitzpatrick, for whom the team gave up a first-round pick last year, and T.J. Watt, who is now heading into his fourth season after establishing himself as one of the top edge defenders in the league.

It’s almost enough to make it seem as though last year’s first-round draft pick, inside linebacker Devin Bush, has become an afterthought. But he’s far from it, in fact. He is the driving force of this defense as the inside linebacker. Mark Barron is gone. Vince Williams will not play 1000 snaps. The other linebackers have no defensive experience. It’s all on Bush.

His teammates are fine with that. They believe in him. Said the other first-team All-Pro on defense, captain Cameron Heyward, “we have a lot of older guys that are very confident. We expect Devin to not only match us but exceed us”.

Pittsburgh’s defensive roster is filled with talented players who are in the prime of their careers or just a bit beyond that, in Heyward, Joe Haden, Steven Nelson, Stephon Tuitt, Williams, and others such as Tyson Alualu. Bush will be responsible for becoming the mouthpiece of this group.

“Him being a second-year guy, you see some guys either elevate or they go through a sophomore slump. We can’t allow Devin to do that”, Heyward said. “We know he has all the talent. He could be in any personnel. He’s a three-down back. Going forward, we ask him to have confidence in what he is doing. He’s been through the ringer. He’s seen everything there is in this game. He’s got to take a big step for us to get where we want to”.

The Steelers were so convinced in Bush’s abilities that they traded up in the first round last year to get him, relinquishing their own first-round pick and their second, as well as their third-round pick in 2020, moving up from 20 to 10 to get him.

As a rookie, he started 15 of 16 games, logging 889 defensive snaps, leading the team with 109 tackles (the most ever by a Steelers rookie), with nine tackles for loss. In addition to a sack, he also forced a fumble and recorded six takeaways, including two interceptions and four fumble recoveries, one of which he returned for a touchdown.

While his stat line was strong, the Steelers know there is still a lot of room for growth in his game beyond what numbers will tell you, both mechanically and mentally. They want him to be able to set the defense this year, for example. They want him to step up in zone coverage, to play faster. Basically, they want him to be something like Ryan Shazier—with fewer missed tackles.