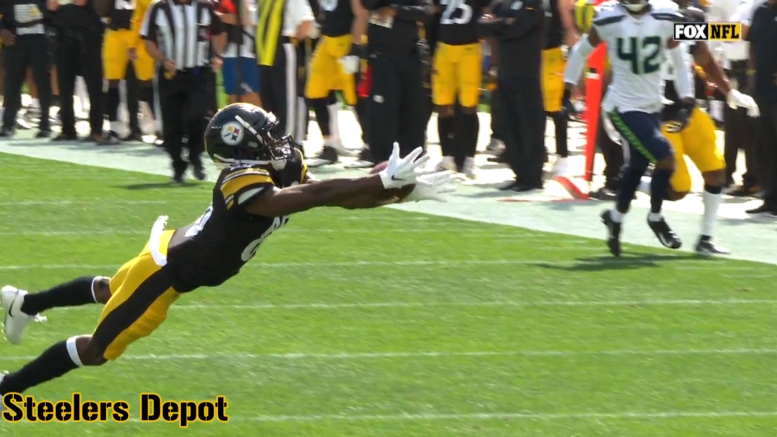 The Steelers signed Johnny Holton last season as almost something of an afterthought to many. After all, it came in the same offseason in which they made their two biggest signings by per-year average of outside unrestricted free agents in team history, giving Steven Nelson a deal worth $8.5 million per season and Mark Barron $6 million per. Holton’s was for the minimum.

He wasn’t guaranteed a roster spot. In fact, he wasn’t on the initial 53-man roster. He did get signed to the practice squad though, and before the season opener he was promoted. Of course, that led to the Tuzar Skipper debacle that nearly saw to the indefinite ruin of the franchise after they saw a rookie outside linebacker get claimed off waivers who had five sacks in the preseason.

The long and short of it is that Holton ended up on the team as the number six receiver, but effectively the number five, and eventually number four. He was a special teams standout, basically the latest version of Darrius Heyward-Bey, a tall speedster who logged more snaps chasing down punts and kicks and the like than he did running routes.

Incredibly, by the end of the season, he was targeted 15 times with just three receptions, for a total of 21 yards. It wasn’t entirely his fault—in fact, Pro Football Reference doesn’t even credit him with a drop. His average depth of target was more than 25 yards down the field, and Mason Rudolph and Devlin Hodges were his quarterbacks.

The Steelers did not retain him after the 2019 season, however, and he remains a free agent. Essentially, he was replaced by Chase Claypool, a second-round pick who is expected to be a core special teams player. He is 6’4”, 234 pounds, and runs a low 4.4-second 40-yard dash.