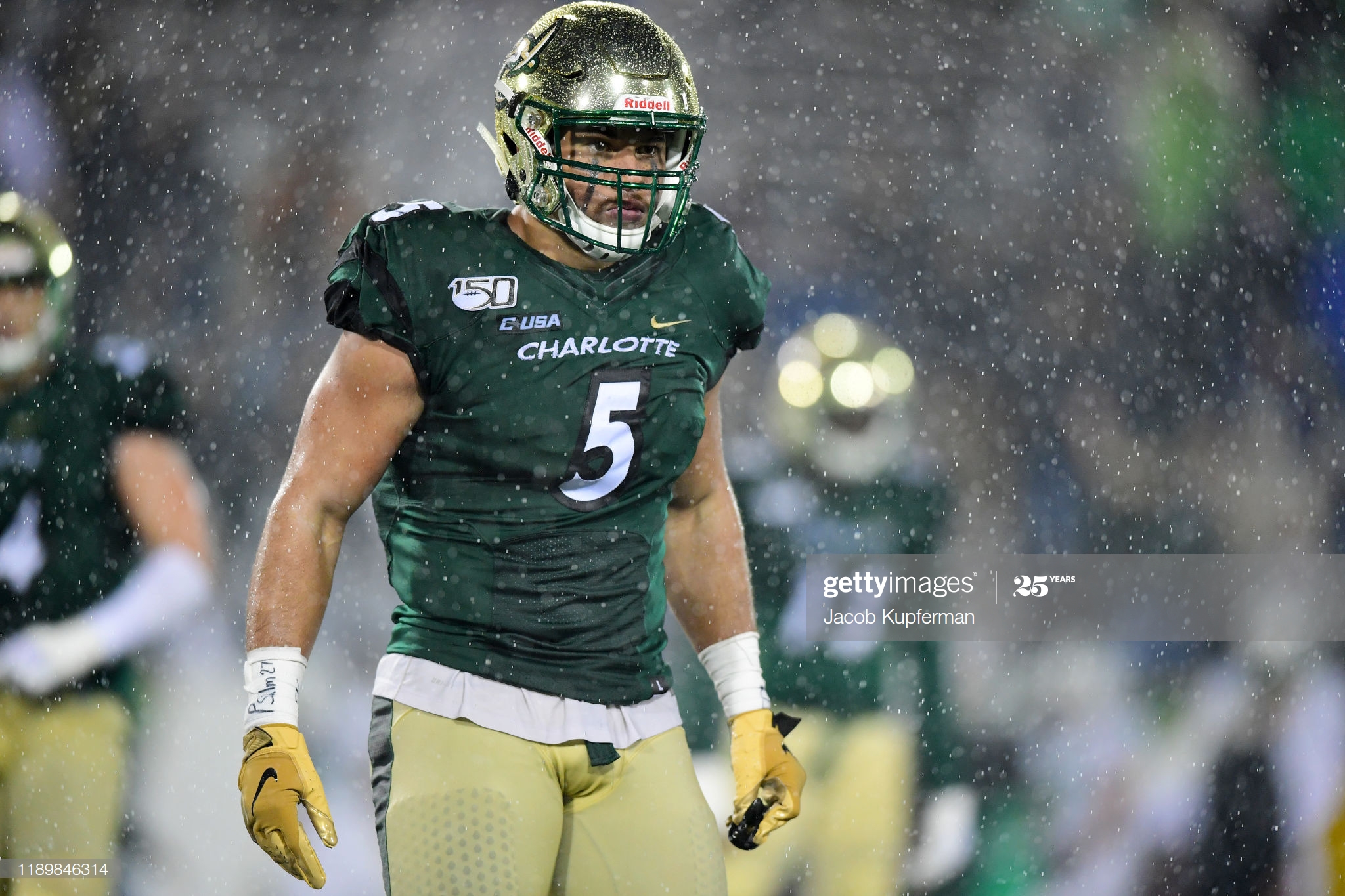 The Pittsburgh Steelers have finally signed one of their six 2020 draft picks on Tuesday as outside linebacker Alex Highsmith out of Charlotte has now inked his rookie contract, according to Field Yates of ESPN.

Rookie contracts are rolling in fast with reporting dates coming up. A trio of third-rounders that have agreed to terms on their deal, per source: Packers TE Josiah Deguara, Cardinals OT Josh Jones and Steelers LB Alex Highsmith.

Smith, who was selected in the third-round and 102nd overall in this year’s draft by the Steelers, measured in at this year’s scouting combine at 6031, 248-pounds with 33 1/8-inch arms. Highsmith was a team captain at Charlotte and led Conference USA in 2019 in tackles for loss (21.5) and sacks (14).

The four-year rookie contract that Highsmith signed is expected to total out at around $4,499,400, according to Over the Cap, and include a signing bonus in the neighborhood of $832,292.

Highsmith is the first Steelers draft pick to be signed this offseason.