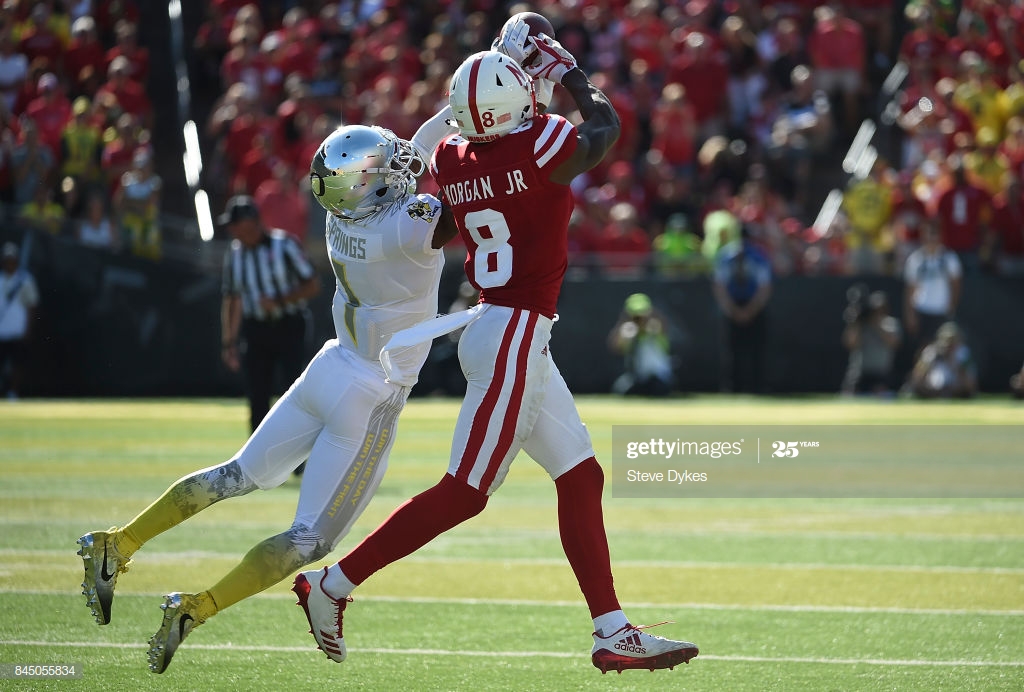 Coming from the football mecca that is Texas, Springs had a successful four, year career at Oregon. Named a starter by his sophomore season, he finished that year with 53 tackles, 7th on the team. That included a 13 tackle performance against Michigan State that year. Not bad for a corner. He also showed his physicality by forcing a pair of fumbles.

In college, he was never a ballhawk but often around the ball. Springs finished his career with 137 tackles, 8.5 of which went for a loss, and just three interceptions.

Entering the 2018 draft, Springs didn’t receive an invite to the Combine but tested well at his Pro Day, highlighted by a 4.46 40 time. His other measurables were a little less impressive, 32 inch vert, and 9’10” broad. A fringe player to get drafted as predicted by scouting services, Springs signed as a UDFA with the Kansas City Chiefs. Here’s how Rotoworld summed up the signing.

“Springs (5’11/208) was a three-year starter in the Ducks’ secondary, tallying 44 career pass breakups with two interceptions and three forced fumbles. Springs earned PFF College’s No. 7 cornerback grade in all of Division I last year and allowed a stingy 40.6% completion rate when targeted. Although he showed plus long speed (4.46) at Oregon’s Pro Day, Springs struggled in other athletic testing. Not flashy but a consistent executor, Springs offers some dart-throw appeal with an underrated resume.”

With KC, he showed similar traits as he did in school. Not much of a playmaker but steady tackler willing to support the run.

He spent about two weeks on their practice squad at the start of 2018 before getting released for good in mid-September. The Chargers signed him to a futures deal in January of 2019, carrying him through camp before giving him a pink slip at final cutdowns. They didn’t add him to the practice squad.

After workouts with the Jags and Giants, Springs next step was a common one for this series. The XFL. Initially with the Tampa Bay Vipers, Springs was dealt to the Los Angeles Wildcats – so heading back to LA – in December.

You should know the rest of the story by now. Plays in the XFL, league pauses, folds, Springs is released from his contract and signs with the Steelers this year.

As we’ve written about for the other corners profiled in similar fashion, there is a spot for the #6 CB job. But there’s also fierce competition and no guarantee the team will actually carry six corners. Springs does have some experience and I like the way he attacks the run, which will help his chances once he reports to training camp.