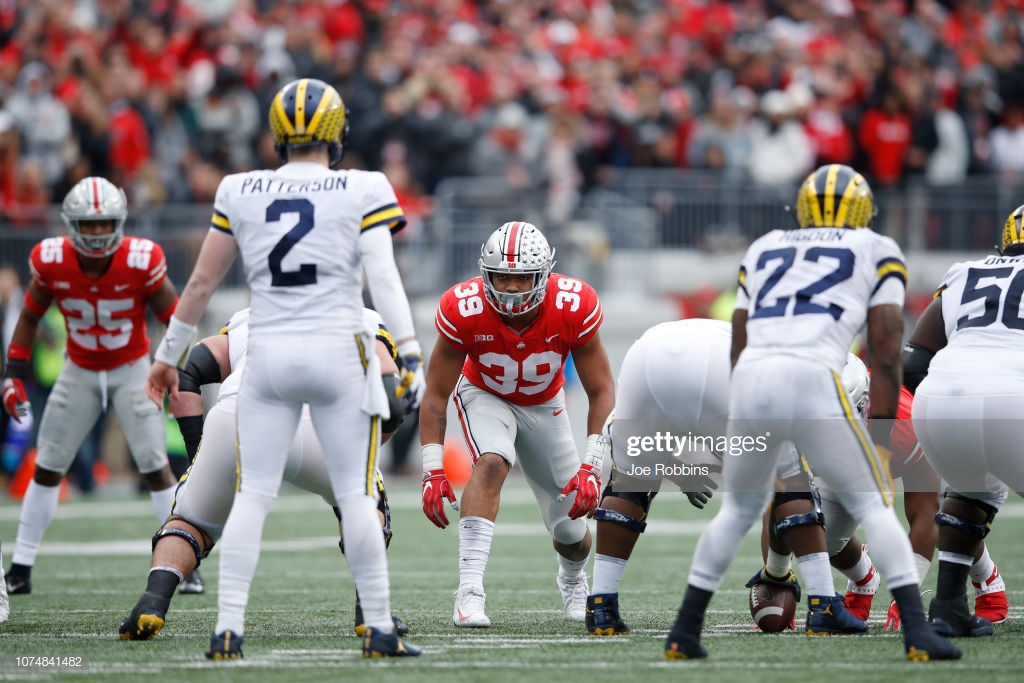 Pretty much everybody expected the Baltimore Ravens to use their first-round pick on LSU inside linebacker Patrick Queen if he were available. That position was the weakest on the team last season, to the point where they ended up using two players they signed off the street—Josh Bynes and L.J. Fort—as their starters by the end of the year.

But Queen wasn’t the only inside linebacker they drafted. They also took Malik Harrison in round three, and not just to be a spectator. The team fully expects him to compete with Fort and others for a starting job as a rookie, or at the very least to garner some snaps on defense.

“Those two guys will kind of be roaming in there at those two linebacker spots, both base and sub, and we’ll just see how much playing time they earn”, Ravens head coach John Harbaugh said, according to The Athletic’s Jeff Zrebiec. “We expect them to play a lot of football this year. We’re really fired up about those two guys”.

Clearly, he’s not showing any hesitation about the possibility of starting not just one, but two rookies at arguably the most important communication position on the defensive side of the ball. Bill Parcells was known to say that you can deduct two wins for every rookie you start. Perhaps that’s no longer as true as it once was, but the point is, there’s a reason the phrase ‘rookie mistake’ exists.

Baltimore hasn’t had to worry about the play at inside linebacker a lot throughout their history. Ray Lewis was one of their first draft picks ever, and not long after he hung it up, they had five seasons of C.J. Mosley until he signed with the New York Jets in free agency last year. There was a brief gap between the two, but they had yeoman-like performances from guys like Daryl Smith as free agent signings.

Now, Queen is already being taken as a given as somebody who’s pretty much going to be plug-and-play for the Ravens, not unlike Devin Bush for the Pittsburgh Steelers last year. Queen is a guy who just fits well into what Baltimore wants to do on defense.

To ask two rookies to start at inside linebacker, especially in an offseason like this where it’s not immediately clear when they will be able to get the chance to even work together and communicate with one another, is pretty ambitious.

Not all rookies have spoken to each other. Not everybody is in direct communication. Are Queen and Harrison getting to know one another? Who’s to say? Maybe there’s some information out there I’m not privy to, but I’m betting they’re not out on the grass working on audible adjustments together.