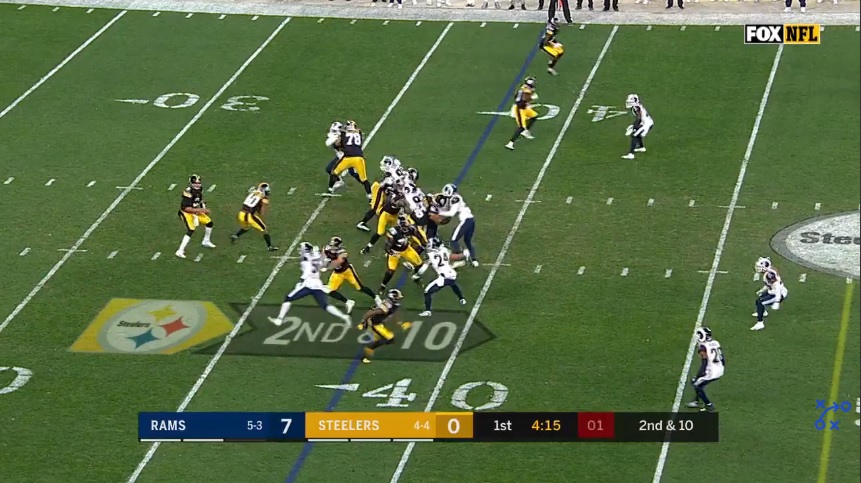 And the offense runs the football.

It’s a playcall that can infuriate most fans. If you felt that way all too often last year, you’re right. The Pittsburgh Steelers were among the worst offenders in running the ball on 2nd and 10+ doing so 34.1% of the time, 42 of 123 plays. That was tied for 7th most in the league.

Some strong running teams like Minnesota and Baltimore top the list so that’s a little more understandable. And a team like Baltimore played with big leads several times, incentivizing them to run the ball in situations they normally wouldn’t. Pittsburgh didn’t fall in either camp last year.

To be fair to Randy Fichtner and the coaching staff, they didn’t have many attractive options. The goal was to hide their subpar quarterback play, control the ball, the clock, and let their defense shoulder the load. Still, running on 2nd and long often meant putting the ball in Mason Rudolph or Devlin Hodges’ hands on 3rd and long, making the situation even worse.

The success rate on 2nd and long runs weren’t great either. They averaged 4.0 yards per carry, 20th in football.

Getting Ben Roethlisberger back should solve those issues. Here were their 2nd and 10+ run rate the last three years with Roethlisberger.

Some ebbs and flows but a three-year average of just under 30%. A much more realistic number for the 2020 Steelers, striking a better balance and simply being a more effective offense. Couple that with a defense that should be at worst a Top 5 unit and you have the makings of a playoff bound squad.