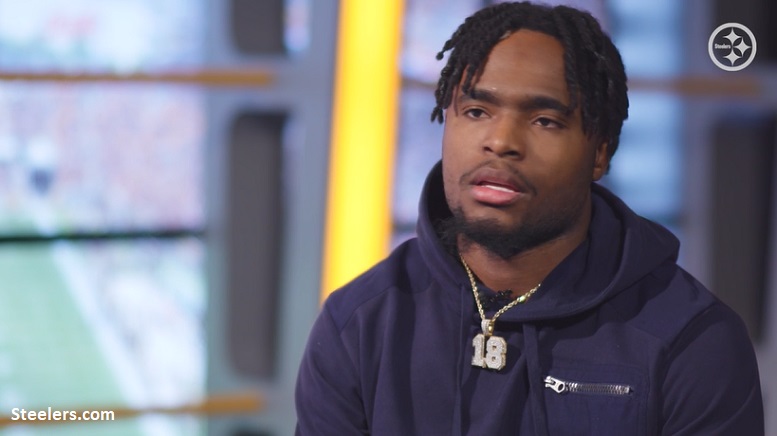 All things considered, Diontae Johnson had a very productive rookie season. Given that he wasn’t even expected to be much of a contributor in 2019, the fact that he ended up leading the team in targets, receptions, and receiving touchdowns amid a meltdown at the quarterback position is certainly to be commended.

Which is one of the reasons that Pro Football Focus recently evaluated the second-year wide receiver and his potential to emerge as a breakout player in 2020. More or less, the conclusion comes down to the play at quarterback and who Ben Roethlisberger will be—and whether or not he will lean on JuJu Smith-Schuster. Kevin Cole wrote in his conclusion:

Johnson likely has upside at his WR39 ADP, but much will depend on how reliant Roethlisberger will be on bounceback candidate JuJu Smith-Schuster. There’s also some overlooked potential that James Washington could be a bigger part of the passing game than most think. Washington led the Steelers in receiving yards in 2019. Our Jeff Ratcliffe has Johnson ranked right at his ADP (WR39), and our fantasy projections are in agreement at WR39.

I am of the belief that Johnson is going to slide into that dual role with Smith-Schuster that the latter had with Brown in 2018. Both of the mare going to see a lot of targets. The former is just too good of a route runner for Roethlisberger to ignore. He likes an open man, and Johnson is already among the better receivers in the NFL in creating separation.

As long as Roethlisberger is Roethlisberger, there is nothing standing in the way of the Toledo product from having a breakout season that should see him eclipse the 1000-yard receiving mark. There are enough targets to go around in this offense to produce multiple high-volume receiving threats, as recent history has shown.

When the talent is there to warrant the attention, there will be enough food to feed multiple mouths. James Washington and Eric Ebron could be wildcards. It really just depends upon how many passes they envision themselves throwing. Probably not the nearly 700 of 2018, but 550-600 is very much realistic and in-range.