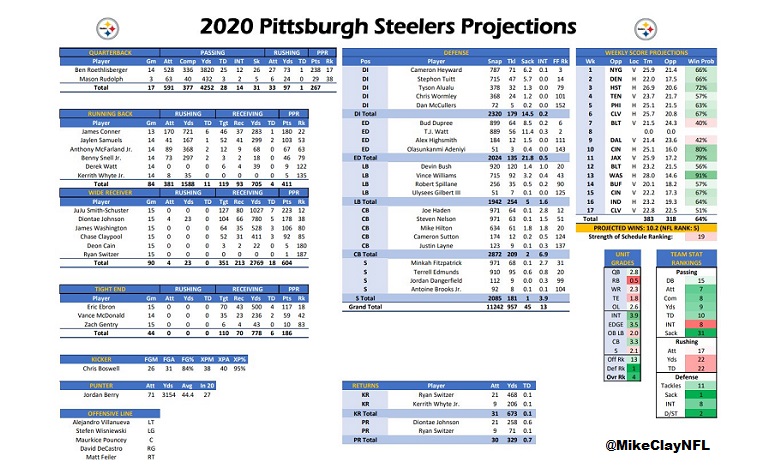 Mike Clay, an NFL prognosticator for ESPN, recently released his annual way-too-early stats projections for the 2020 NFL season and as usual, it includes some interesting numbers for members of the Pittsburgh Steelers as well as the entire team.

For starters, Clay has Steelers quarterback Ben Roethlisberger throwing for just over 3800 total yards in 2020 with 25 touchdowns and 12 interceptions. If you’re scoring at home, Clay’s stats prediction for Roethlisberger would result in an adjusted net yards per passing attempt stat of around 6.51, which would be below his career average of 6.71.

Clay has Steelers wide receiver JuJu Smith-Schuster leading the team in receiving in 2020 with 80 catches for 1,027 yards and 7 touchdowns. He has running back James Conner leading the team in rushing with 721 yards and 6 touchdowns on 170 total carries. Clay has Conner projected at 207 total touches for 1004 yards. Rookie wide receiver Chase Claypool is projected to have 31 receptions for 411 yards and 3 touchdowns in 2020, per Clay’s stat predictions.

Clay also has the Steelers projected at 10.2 wins in 2020. He has the offense ranked thirteenth overall in the NFL and the defense ranked first overall. The results in the team being ranked fourth overall.

What other stat predictions from Clay for the Steelers sticks out the most to you? 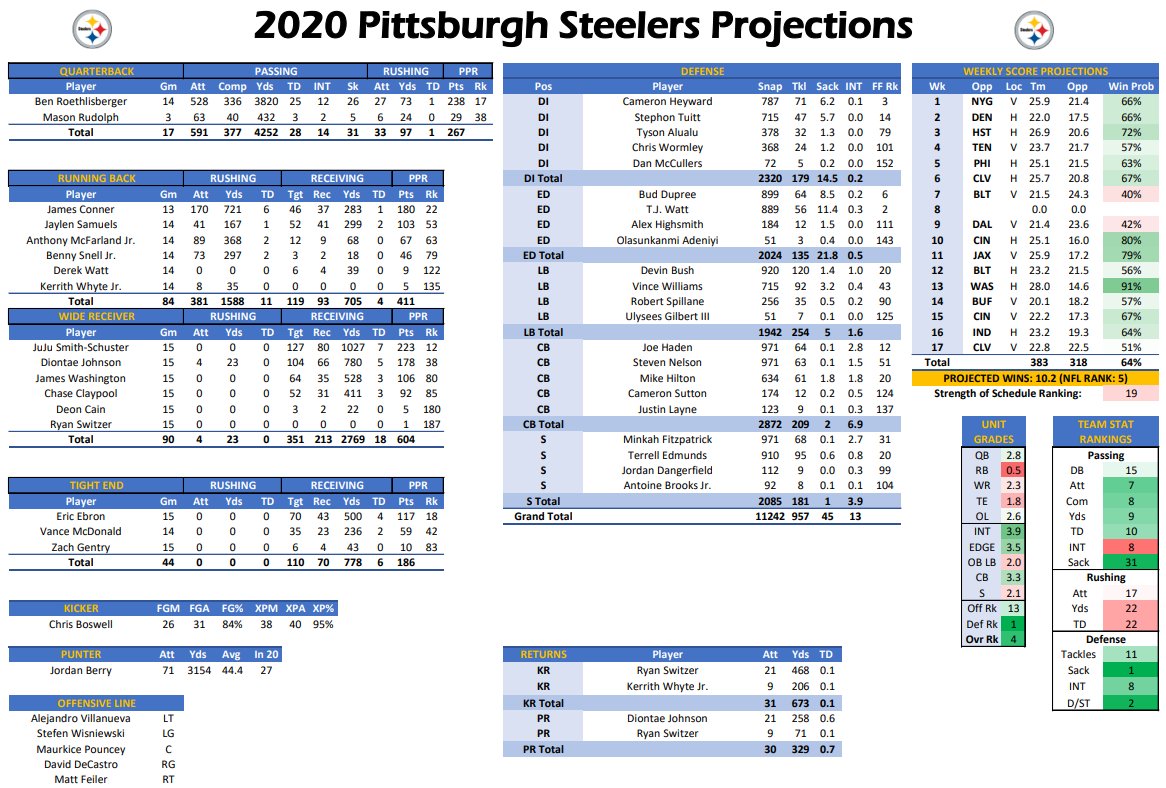