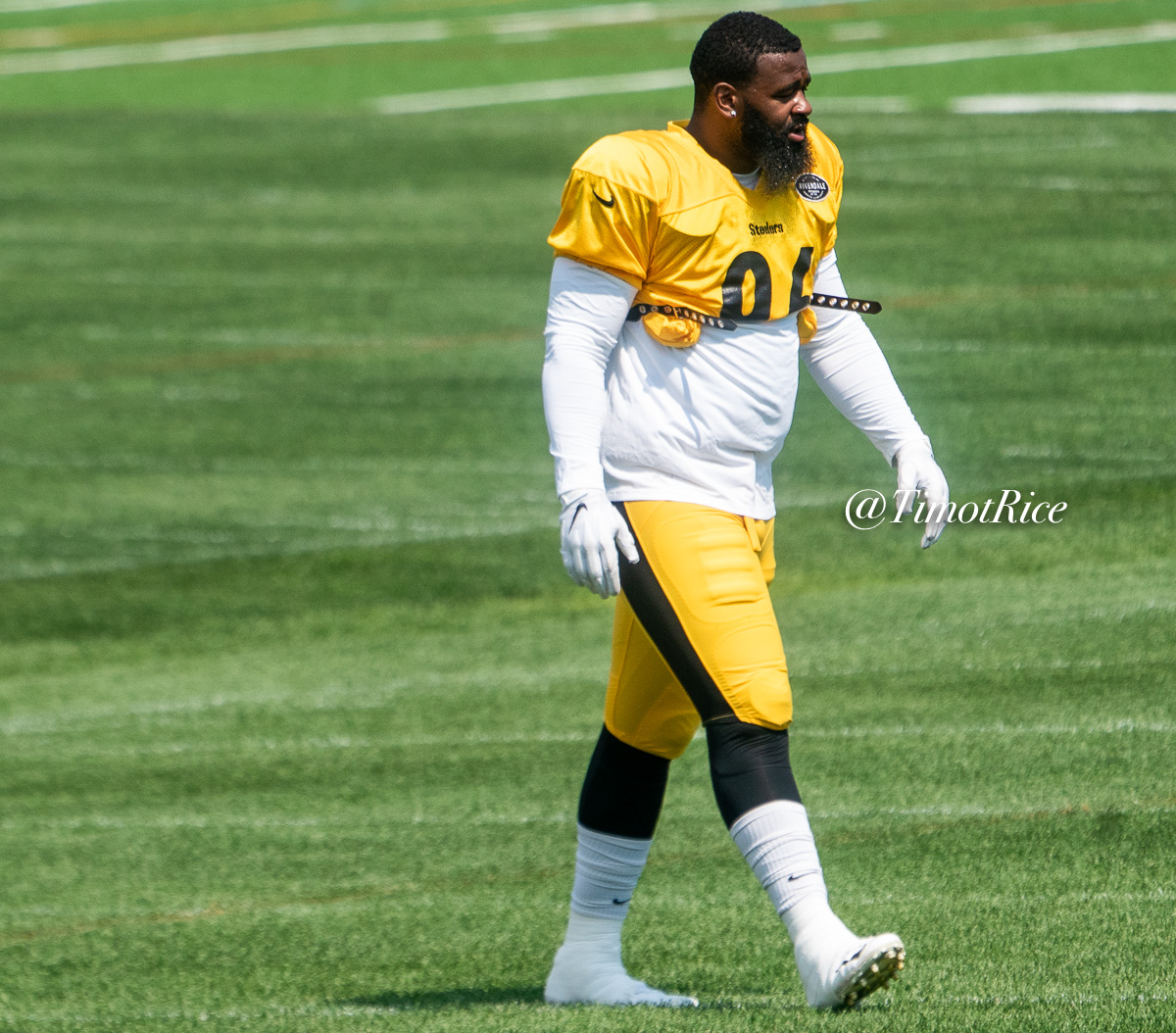 The Pittsburgh Steelers selected three players, all in the defensive front seven, during the sixth round of the 2019 NFL Draft. Two of them are still with the team, and are looking to secure jobs within the defense, either as rotational players or as the number one backup, after pushing to remain on the roster throughout their rookie year.

The first of the two who remain on the team is Isaiah Buggs, the defensive lineman out of Alabama. He made the initial 53-man roster as the number six lineman, and was ticketed for a year of inactives before Stephon Tuitt was lost for the season. He stepped up as the fifth lineman, and though he didn’t get to play much, he performed when called upon.

He is hoping that he will be asked to step up even more this season with the loss of Javon Hargrave, the fifth-year defensive tackle who has recorded over 10 sacks since the start of the 2018 season. Hargrave signed a three-year contract with the cross-state Eagles averaging $13 million per season.

“That is just an open door and open opportunity”, Buggs told Teresa Varley, in looking to fill the void. He talked about learning from the veterans on the team ,saying that “they already instilled in me the preparation for it. All I have to do is come in and do what is asked of me from the coaches, work hard, play hard and do all of the things asked of me and God is going to put everything in place for me”.

Buggs was the second late-round lineman that the Steelers took a shot at in as many years. The year before, they used a seventh-round pick on his college teammate, Joshua Frazier, but he did not stick. They had not taken any other linemen since L.T. Walton, another sixth-round pick in 2015.

Whether and where he plays in 2020 is an interesting discussion. When he was first drafted, defensive line coach Karl Dunbar—who coached him at Alabama—touted his versatility to play inside and outside, but the team ultimately asked him to drop weight and focus on end.

He confirmed in an interview with the team’s website that the team advised him again at the start of this offseason to keep his weight down, but since then, they have not only lose Hargrave in free agency, but also acquired Chris Wormley in free agency, who is a prototypical 3-4 end whom general manager Kevin Colbert said he expects to play there in the Steelers’ system.

Also behind Tyson Alualu, the strictly end side of the defensive line room appears to be crowded now. Buggs would seem to have a better chance of getting on the field—perhaps even simply making the roster—he if were given the chance to compete for snaps at defensive tackle, a position that currently lacks a starter.