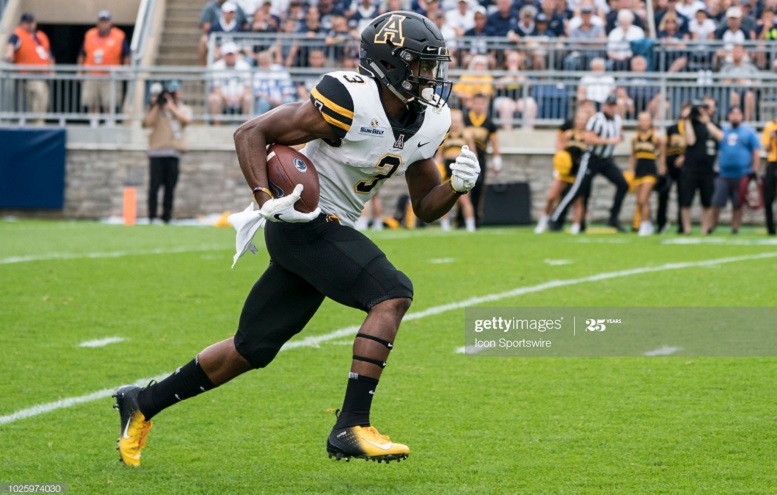 Will the Pittsburgh Steelers address the running back position at some point during the 2020 NFL Draft? We’ll find out the answer to that question in less than two weeks. In the meantime, however, it appears as though the Steelers have conducted a pre-draft virtual interview with at least one of the top 15 running backs in this year’s draft class.

According to Josh Edwards of CBS Sports, Appalachian State running back Darrynton Evans recently mentioned that the Steelers were one of 16 teams with whom he’s had virtual interviews with.

In tree seasons at Appalachian State, Evens rushed for 2,884 yards and 25 touchdowns on 482 carries. He also caught 39 total passes for 319 yards and another 6 touchdowns. He also registered 30 runs of 20 yards or longer during his college career.

Evans also returned 56 kickoffs for 1,439 yards and 3 touchdowns during his college career at Appalachian State.

Evans missed all of the 2017 season with a popliteus muscle, back of the knee joint, injury, which also caused issues with a hamstring.