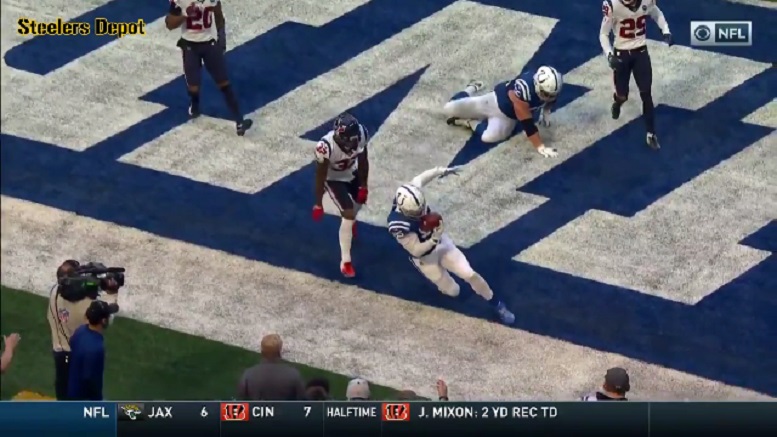 The Pittsburgh Steelers signed unrestricted free agent tight end Eric Ebron to a two-year, $12 million contract recently and his arrival should fortify that position for at least the 2020 season. Ebron’s arrival should also help improve the Steelers red zone offense as well.

While Ebron is much more than just a red zone threat in the passing game, 21 of his 27 career touchdown receptions have come from within the opponents 20-yard-line. In fact, in the last two seasons, Ebron has produced 12 red zone touchdown receptions and only wide receivers Davante Adams and Michael Thomas have had more.

As you can see in the video below, Ebron’s last 12 red zone touchdown receptions show that he can win in various different ways from way outside the numbers via corner routes and back shoulder fades to in-breaking post routes in the middle of the field. In fact, one of his 12 red zone touchdown receptions the last two seasons came via a shovel pass. He can also make the tough catch as evidenced by his 4-yard scoring reception in the back of the end zone against the Houston Texans last October.

Of those 9 red zone touchdown receptions that Ebron has registered the last two seasons, nine were caught in the end zone, most among tight ends, according to Next Gen Stats. They also point out that Steelers tight ends combined for only three total end targets and one touchdown last season. That lone touchdown pass from quarterback Mason Rudolph to tight end Vance McDonald from 3-yards out came in the second half of the team’s Week 2 game.

In case you need reminding, the Steelers had league-worst 35 percent red zone conversion percentage in 2019. Of the Steelers players under contract for 2020 season not named Ebron, JuJu Smith-Schuster has the most career reed zone touchdowns with nine. He’s followed by McDonald with seven. Those two are followed by running back Jaylen Samuels (4), running back James Conner (2) and James Washington (2).

We’ll be breaking down the other good and bad parts of Ebron’s overall game in the coming weeks.