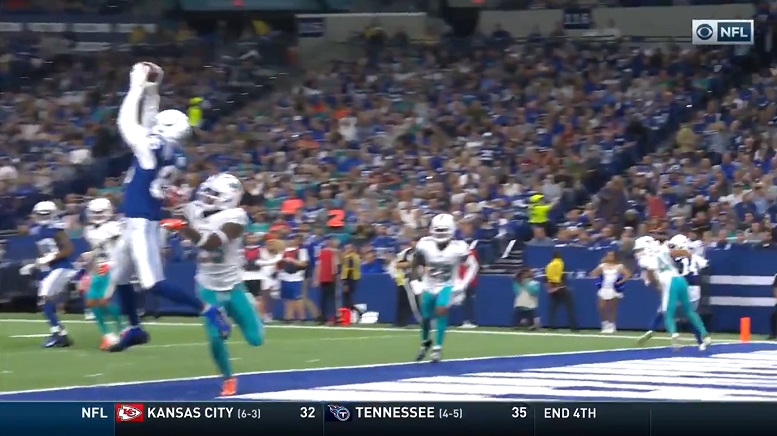 With the Pittsburgh Steelers signing free agent tight end Eric Ebron last week, I am busy doing my due diligence of watching every play of his from the last two seasons with the Indianapolis Colts and charting all his targets along the way. I’ve recently finished watching every target of Ebron’s from the 2019 season and contextualized each in the table below. It’s now time to review the data.

In total, Ebron was targeted 52 times with the colts in 2019 and registered 31 receptions for 375 yards and three touchdowns, of which two came well inside the red zone. Of Ebron’s 21 incompleted targets, I have six listed as drops with three coming on his first three targets against the Oakland Raiders in Week 4. Three other throws to Ebron were intercepted and that includes this bizarre play below against the Miami Dolphins in Week 10. Just to note, I did not rule that play as a drop. One other incompleted target to Ebron was a pass that was batted down at the line of scrimmage against the Houston Texans in Week 7.

In total, 12 targets to Ebron last season were deep passes thrown more than 15 yards past the line of scrimmage. Four of those were caught for 134 yards and a touchdown. Those four catches produced 35.7% of Ebron’s total reception yardage for the season.

In the next few days, we’ll look at Ebron’s 2018 pass targets with the Colts with most of those coming from quarterback Andrew Luck. It will be interesting to compare the overall results.