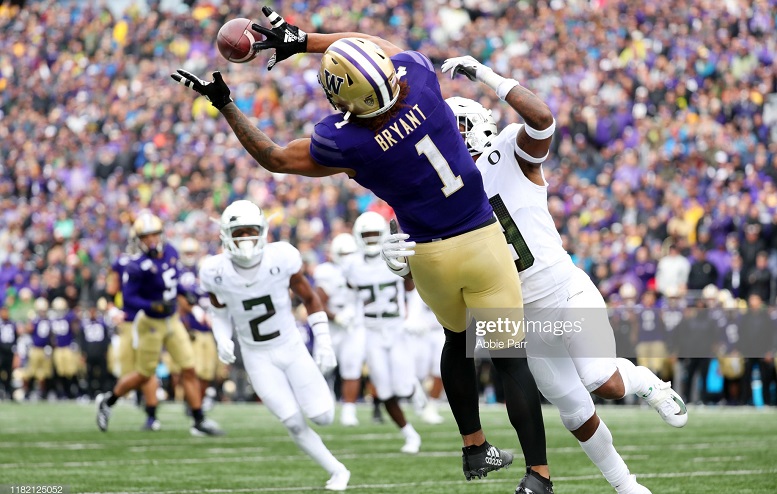 Washington tight end Hunter Bryant figures to get a lot of attention at the 2020 NFL Scouting Combine in Indianapolis, IN this coming week as he’s rewarded as being one of the top five players at his position ahead of the draft. With the Pittsburgh Steelers presumably being in the market to draft a tight end this year, today is probably a good day to take a deeper look at Bryant and contextualized several of his targets from the 2019 season.

For the entire 2019 season, Bryant, who measures in on the short side for a tight end at 6’2″, 239-pounds, caught 52 passes for 825 yards and three touchdowns. I contextualized Bryant’s 35 targets in his six games against Cal, BYU, Oregon, Arizona, Washington State and Utah in which he totaled 26 receptions for 400 yards and two touchdowns and below are the findings from that tape review.

Most of Bryant’s receptions in these six games came with him starting the play either detached from the line of scrimmage or without him being in a three-point stance.

Next week in Indianapolis, it will be interesting to see not only the results of Bryant’s measurement session, but how he performs in several of the underwear Olympic events. He should be one of the faster tight ends in the 40-yard dash this year. Bryant’s lack of overall size and how he was seemingly used at Washington, however, will likely result in him being attractive to certain NFL teams. He has a very hybrid feel to his game and thus many teams aren’t likely to view him as an every-down tight end.