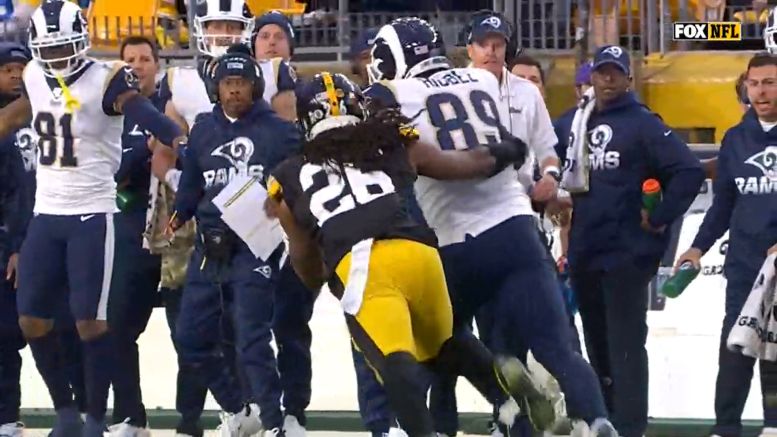 Signed to a two-year, $12 million contract, it’s pretty widely anticipated that veteran inside linebacker Mark Barron is only going to see one of those two years. Things would have been a lot different had the Steelers not traded up in the first round last year for Devin Bush, but they did, and he’s not going anywhere…which means there’s a good chance Barron will.

In fact, he has been frequently singled out as one of the likeliest veteran cuts around the league, including by Pro Football Focus. Barron’s cap hit in 2020 will be over $8 million, though they would only save $5.25 million by releasing him, because the rest is a part of the signing bonus that he received in 2019, prorated over the life of the contract.

The reason he can be expendable is because the team also has Vince Williams, who was a primary starter in 2017 and 2018. With Bush anticipated to be fully up to speed and ready to take on the responsibility of leading the defense, Williams should be more than sufficient to serve as the buck.

And then you have a young linebacker like Ulysees Gilbert III, who could potentially work his way into sub-packages, the way Terence Garvin and L.J. Fort have in the past, which further makes Barron expendable.

And it’s not that he played awfully, even though many Steelers fans would disagree. He did get better over the course of the season as the year wore on. One of his best games was against his former team, the Los Angeles Rams, in actuality.

But in a year in which they’ll be looking for salary cap space, it’s just too easy to pencil him in as a cut, along with Anthony Chickillo. These are either backups or marginal starters with viable alternatives already on the roster, who are set to make low- or mid-level starter money. They just don’t have the cap space to support that.