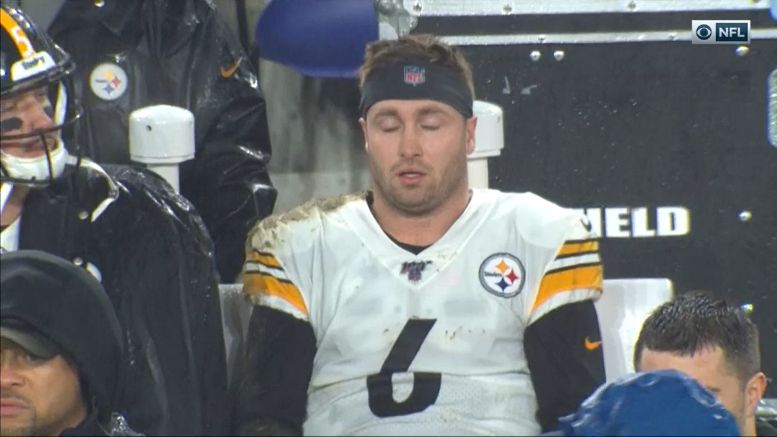 Suffice it to say that Pro Football Focus was not among those who were overly impressed with the play of Devlin Hodges over the course of his rookie season with the Pittsburgh Steelers. An undrafted free agent quarterback out of Samford, the world-champion duck-caller did not even make the team’s initial 53-man roster, but ultimately ended up starting six games, the team winning three of them.

While many were well-ensconced in Duck Season during exhibition play back in August, even then, the site was not overly high on him. Now that many have turned against him thanks to his play over the course of the final three weeks of the season—which featured seven turnovers and one touchdown pass—their take is no longer unpopular, however.

Last week, the site posted an article in which they dove into the seasons of the rookie quarterbacks. They did not give a full evaluation to Hodges, citing a limited sample size, in spite of the fact that he did attempt 160 throws over eight games. Frankly, I was disappointed that they didn’t consider that significant enough to give a fuller evaluation. This is, however, what they did say:

There were flashes to Hodges’ game, but he mostly played like an undrafted rookie on his way to the second-highest percentage of turnover-worthy plays in the league.

Turnover-worthy plays are something that I have been harping on for the past few years, and is a concept that has reached audiences here with a mixed reception. The notion of a turnover-worthy play is a throw by a quarterback that, through his own efforts, could have or even should have resulted in an interception, whether or not it is successfully intercepted. As we know from 2018, plenty of would-be interceptions are dropped, but the quarterback still made a throw that should have resulted in a change of possession.

It was evident while playing that Hodges was increasingly, over the course of the season, putting more and more balls into harm’s way. He did ultimately finish the season with eight interceptions, or five percent of his total passes attempted. That was the highest percentage in the league among all players with more than 65 pass attempts on the season. Even Jameis Winston, who threw 30 interceptions, threw interceptions at a slightly lower rate.

Still, as said, Hodges did ‘flash’ here and there. When he’s on his game, he can be pretty accurate, and even deliver a nice deep ball. He developed a good connection for a while there with James Washington.

While many have completely moved on from him, the reality is that for a rookie season, and thrust into a role he never should have faced, he did alright. That will be valuable experience for him, and there’s no reason I can see why he wouldn’t be the number three quarterback in 2020 still.