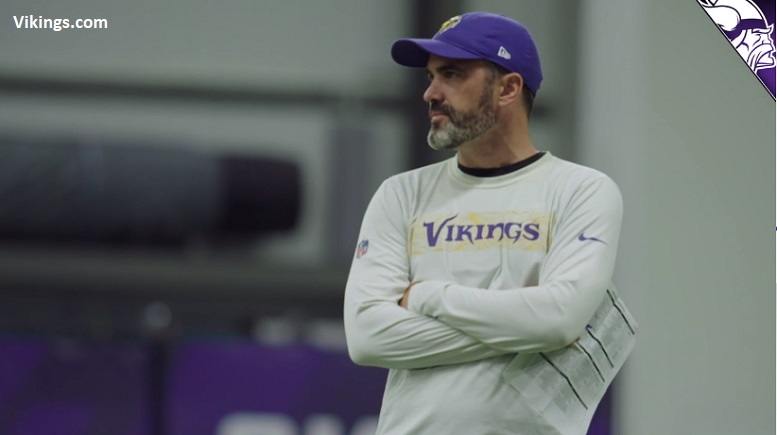 The Cleveland Browns have had four different people man their head coaching position since the start of the 2018 season, once you include the officially-announced Kevin Stefanski. Hue Jackson got two and a half years before being canned, replaced by Gregg Williams as interim head coach. He failed to land that job, given instead to interim offensive coordinator Freddie Kitchens.

He lasted just one season, so here we are now with Stefanski. And according to reports, there are a number of specific stipulations that he agreed to that may have played into his favor in terms of getting the job. They certainly sound like something written up by Paul DePodesta, who of course is most famous for his work in sabermetrics in baseball.

According to Pro Football Talk, he is expected to be rather compliant with the analytics department of the organization, around which the vision was that the team would be built. That was the plan when DePodesta was originally brought in. Now they seem to be gearing toward emphasizing that. If it fails, DePodesta is likely the next to go.

Among the stipulations that Stefanski reportedly agreed to was the requirement that he submit gameplans to both owner Jimmy Haslam and to the team’s analytics department by Fridays before Sunday games. I have a hard time believing that any other NFL head coach has agreed to such a stipulation before taking a job.

He is also expected to participate in analytics meetings at the end of every week in order to discuss their approach with them, presumably in conjunction with the gameplan that he submits. Stefanski is also expected to meet with Haslam after every game for an extended period of time.

One wonders if these stipulations were major obstacles for the other candidates that the Browns interviewed, and why their vacancy at the head coaching position took longer than all of the others. Of the five teams who relieved their head coaches, Cleveland was the last to fill their vacancy.

As I wrote about yesterday, it’s worth noting that Stefanski was the candidate whom DePodesta preferred to hire a year ago when the job was given to Kitchens. With general manager John Dorsey also gone—that job has yet to be filled—DePodesta has been placed in the driver’s seat in running the day-to-day decisions.

At the very least, this could perhaps signal a drive toward cohesion. That is absolutely one thing that they did not have last year, and that reportedly manifested in players and even coaches expressing their frustrations with the inner workings of the team to opponents, which is a catastrophic indictment of the culture that existed in the organization just a short time ago.