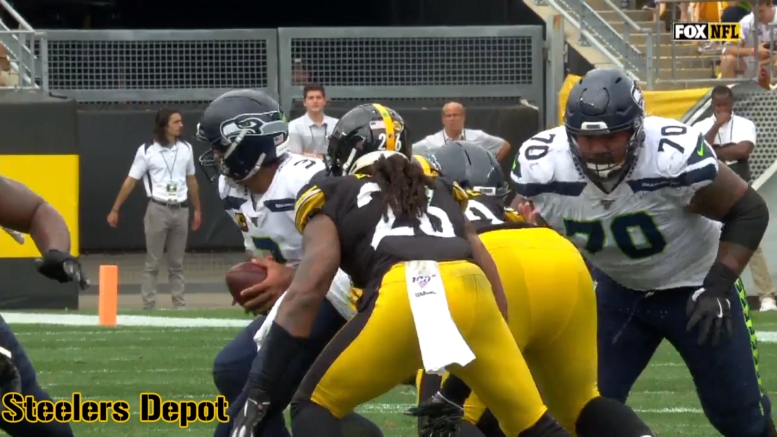 Depending upon how you get there, there can be a multitude of ways in which an 8-8 season is viewed. Viewed from 20,000 feet, the Pittsburgh Steelers’ 8-8 record with backup quarterbacks starting 14 games—including an undrafted rookie for six of them—isn’t so bad at all. When you zoom in a bit closer and notice the three-game losing streak at the end, the taste sours a bit.

Still, whenever you reach a point in which you are essentially starting the quarterback who was your fourth-stringer at the beginning of the season, it’s hard to really make the claim that you should ever be favored in any game. You’re always going to be at a disadvantage at the quarterback position. So losing any game shouldn’t necessarily be a surprise, let alone a disappointment. To those who are outside observers, anyway.

After all, when the Steelers were 8-5, head coach Mike Tomlin was being talked about as a rising coach of the year candidate. The last three games should not change the fact that they clearly did something very improbable while getting a significant amount of play out of quarterbacks like Devlin Hodges.

“To come out and do what we did, not to say this was a great season, but we competed each and every week”, said linebacker Mark Barron, who was in his first—and possibly last—season with the Steelers in 2019. “We played with heart each and every week. That’s really all you can ask for”.

3. 8-8 doesn’t suggest a satisfying season. This one was given circumstances. Barron: “To come out and do what we did, not to say this was a great season, but we competed each and every week. We played with heart each and every week. That’s really all you can ask for.” Well said.

It’s hard to argue otherwise. There was never a moment in which the Steelers appeared to lack for effort. There were, however, plenty of times in which they clearly appeared to be overmatched, chiefly with their offense going up against some of the better defenses that they faced.

While the play on the field wasn’t always consistent, one thing that was was the players themselves. They seemed to stick together as a unit and support one another rather than turn on each other, which we see happen every year when teams are struggling. I actually can’t even recall single a single blow-up on the sideline this season. And that shouldn’t be mistaken for a lack of passion, but rather the possession of composure.

I can’t help but be inclined to lean into the 2019 season as a valuable stepping stone to 2020, provided that the quarterback position is something much different from what we saw a year ago. That’s not to say that there were no issues elsewhere, both in terms of health and performance; however, it was the primary issue, without a doubt. And they do deserve to be commended for never folding or turning on one another in the face of that adversity.