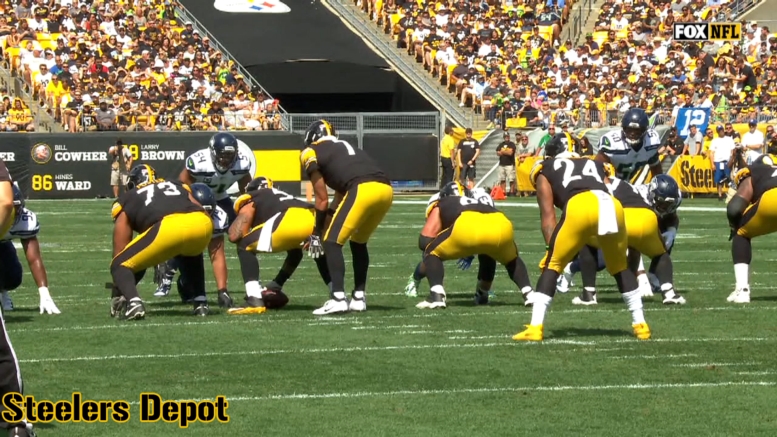 Ben Roethlisberger’s exterior reputation as a leader took a hard hit starting around this time last year thanks to a the slander of a number of former players, ranging in significance from Antonio Brown to Joshua Harris. The narrative just felt right at the time, so many, many people in the national sports media ran with it.

In the aftermath of everything that we’ve seen, particularly with Brown, however, many have been rewriting the narrative about the Pittsburgh Steelers quarterback, particularly those who have actually been in the locker room with him.

One guy who had never worked with him before everything went down is Benny Snell, the team’s fourth-round draft pick in 2020. The big running back out of Kentucky was coming in expecting to be the number three running back behind Pro Bowler James Conner and Jaylen Samuels, but Roethlisberger never treated him any differently.

During an interview last week with The Fan, Snell talked about what it has been like to get to know him. “It’s been amazing. It’s been great”, he said. “Big Ben does a great job of talking players up, helping them get confidence, and he’s also ‘the guy’, so he knows the whole playbook in and out, so whenever we’re on the sideline on a drive, he was just coaching me up to be the best that I could how to judge during the game”.

Last week, Eli Rogers, another former teammate, took some time out to publicly thank Roethlisberger for always having his back and believing in him. Shortly after he learned that Rogers did not make the team in 2019, he says, Roethlisberger called him up and let him know that he was shocked and believed he was a great player.

When you’ve played a game for over a decade and a half, it’s a virtual inevitability that teammates of a variety of significance and longevity are going to have differing experiences of interacting with you. It’s not necessary for random people who barely had any relationship with a player to come out of the woodwork and pile on when he is being accused, unsubstantiated, of being a bad teammate.

Does Roethlisberger get treated differently from most quarterbacks in this regard? Yes, and no doubt that has more than a little something to do with his past. He has certainly made serious transgressions in his past, for which some may never forgive him, and that is their prerogative.

However, as a leader of this team, in 2019, and into 2020, there’s no doubt that he is the man. Even on the sidelines for almost all of this past season, Bionic Ben led the way, and he will continue to do so, for at least the next two years—this time on the field.