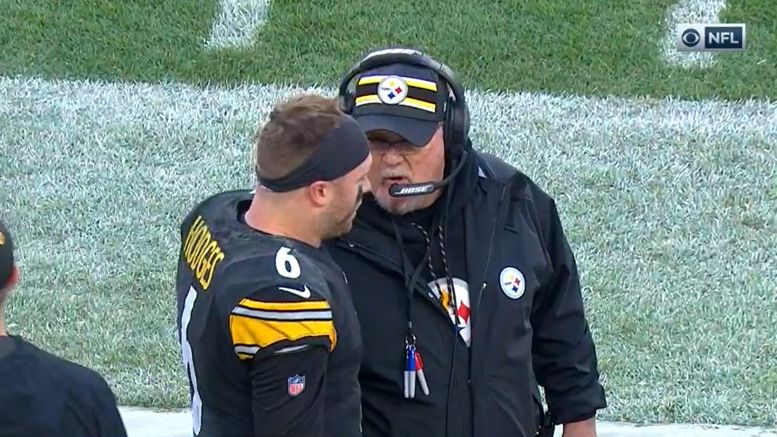 It’s already pretty much written in stone at this point that Randy Fichtner will be returning for the 2020 season as the Pittsburgh Steelers’ offensive coordinator. An original member of Mike Tomlin’s staff with the team, initially as wide receivers coach and then as quarterbacks since 2010, Fichtner has held a dual role for the past two seasons.

While the Steelers elected to hire a dedicated quarterbacks coach this offseason in Matt Canada, it has all be been confirmed that Fichtner isn’t going anywhere, even after the offense finished pretty much in the bottom five in every meaningful offensive category, including the worst red zone offense in the NFL.

Mike Tomlin already went to bat for him earlier during his post-season press conference after they lost in the regular season finale. More recently, team president Art Rooney II did the media rounds, and also defended Fichtner, pointing to the season’s unusual circumstances.

Roethlisberger was lost by the middle of the second game of the season. Rudolph ultimately went down at the end of the year, but also had a concussion midseason. In between, it was rookie undrafted free agent Devlin Hodges under center.

Evidently one thing that they learned is that Fichtner can’t do both jobs at once, especially with two really young and inexperienced quarterbacks who have to take over the position due to injury on the fly. It was reportedly Rooney’s call to seek out a quarterbacks coach, or at least he was a prime mover in the conversation.

There’s no doubt that the quality of play at the quarterback position was far and away the biggest reason the offense was not good this past year. But he was also the quarterbacks’ coach, so that falls under his jurisdiction as well.

Perhaps with the ability to focus exclusively on running the offense, and not micromanaging the most important position on the field, he can find more success the way that he did in 2018, when he led the league’s best red zone offense in the past several years.